Dorian’s Lasting Impact in the Carolinas, the Worst of the Damage

The worst impact from Dorian in North Carolina was on the island of Ocracoke. The island suffered massive amounts of damage from the storm, including storm surge flooding, downed trees, and torrential rainfall.

Over 400,000 people in North Carolina were without power when Dorian hit on Friday.

The most notable thing about Dorian is the number of ways it attacked each region it made landfall at. Due to the powerful storm band, the Carolinas saw tornadoes throughout the day on Thursday. Then, the storm’s towering storm surge led to flooding in coastal regions. Beyond that, the rainfall from the storm itself contributed further to the flooding.

Finally, the intense winds from the storm leveled small structures, pulled down trees and power lines and scattered debris all over the place. Even as a Category 1 or 2 hurricane, Dorian was still able to cause millions and millions of dollars of damage throughout the regions it hit.

North Carolina authorities spent the day Sunday trying to get generators and food by ferry to the people who remained on Ocracoke. It’s worth noting that the 800 or so residents remaining on the island directly ignored mandatory evacuation orders. At present, the only traffic allowed to and from the island is official personnel and authorized deliveries. Storm surge reached up to seven feet on Ocracoke.

Since Ocracoke relies on ferries for supplies, the relief effort has been somewhat complex. The island’s plight is a great reminder of the importance of mandatory evacuation notices and the dangers of even “weaker” Category 1 or 2 storms. No hurricane is “weak,” and any evacuation notices should be heeded.

The region of Hatteras Island also remains cut off for the time being. According to Dare County officials, “This includes all areas south of Oregon Inlet including the villages of Rodanthe, Waves, Salvo, Avon, Buxton, Frisco, and Hatteras Village.” The storm surge reached about six feet on Hatteras.

Throughout the day Sunday, North Carolina officials allowed access to several towns in the Western part of the state again. Relief workers have been working to clear roads, reestablish power and get things back to normal across the state. 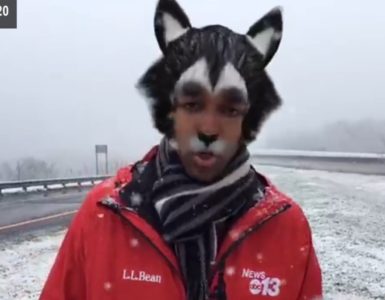