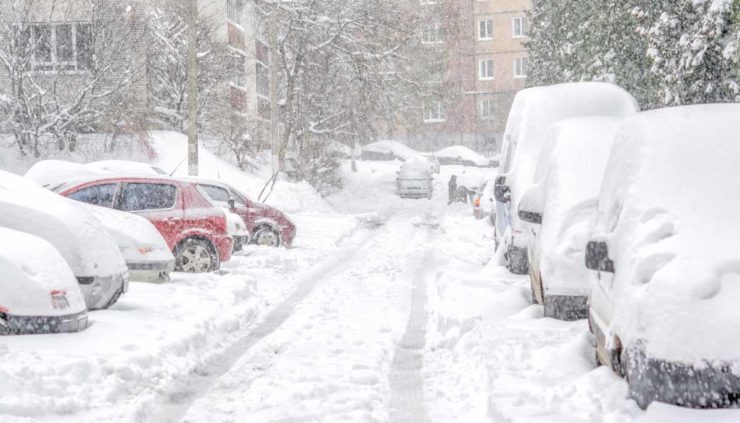 Thanksgiving Snowstorm to Bring Rough Weather to the Holiday

If you’re planning on traveling for Thanksgiving, you’ve probably got a stressful trip ahead of you. As if getting through holiday traffic and dealing with in-laws wasn’t enough, you’ll likely have to also contend with a snowstorm.

Here’s what we know about the upcoming Thanksgiving snow.

The Rockies get Blanketed

As of the time of this writing, Colorado, Wyoming, parts of Nebraska and Northwest Kansas are all contending with snowfall. In some parts of Colorado, including Denver, as much as twelve inches of snow has fallen. Boulder, meanwhile, has now seen twenty inches.

The heavy snowfall has caused numerous highways to close as crews work to clear them. Suffice it to say, winter storm warnings are in effect from the Rockies into parts of the Northern Plains.

The chart-topping high point of the storm so far is an eye-popping 30 inches of snowfall in Estes Park, Colorado.

Great Lakes to be Pummeled Wednesday

Throughout the day on Tuesday, the storm will continue to reach towards the East, bringing it over the Mississippi Valley. By Wednesday, the Great Lakes will be seeing some serious snowfall. Thanks to the strong, lakefront winds, snowdrifts will likely be more dangerous.

As such, people in this region can expect serious travel delays as snowbanks are blown over into roads. Thankfully for the Great Lakes region, this snowfall will likely taper off and end by the evening.

However, up to twelve inches of snow could fall and accumulate in some regions, making this a very pressing threat. Those traveling for the holiday will want to leave well in advance so they make it to their destination on time.

On Thanksgiving Day, the West Coast and the Rockies will still be under the snowfall and rain of a coming storm front. This will likely result in some travel delays, whether you’re flying or driving.

Even parts of the Plains could still be contending with the leftover snow from the snowstorm on Tuesday and Wednesday, which could cause further delays. In short, if you’re traveling for the holiday, you’ll want to make sure you leave well in advance.

The weather, the traffic, and the crowded airports are going to be major sticking points this year.