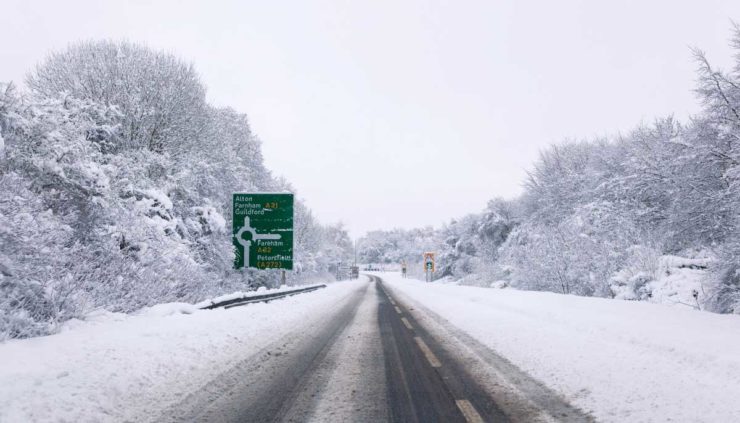 A look at the weather forecast this week shows that a major blizzard is developing and will likely be impacting parts of the US by this weekend.

Parts of the Northern Plains could be seeing severe snowfall, heavy winds and whiteout conditions by Saturday as the jet stream brings cold air sweeping in. Meanwhile, the Southwest is already feeling heavy snowfall accumulation.

Mountainous regions of Southern California and much of the Southwest are already seeing serious snowfall accumulation as we move toward the weekend.

Wintry conditions are pouring from the weather pattern being blown in off of the Pacific Ocean. Late Wednesday night, snowfall stopped traffic on Interstate 5 north of Los Angeles.

Highways 33 and 138 were also closed by snow, as was Interstate 15, as heavy snowfall blocked roadways and brought traffic to a standstill.

It was a White Christmas near LA after all! Teaming up with the heavy snow, high wind speeds downed several trees and made the conditions even more dangerous to drive in.

As the jet stream sweeps the weather conditions out of the Southwest, the snowfall will concentrate on the Heartland and Northern Plains, where heavy snowfall and high wind speeds could lead to blizzard conditions into the weekend.

As the storm moves in, it’s expected to pull more cold air into itself and bring massive amounts of precipitation.

Oddly, the air hanging over parts of the Midwest and Northeast is a bit warmer than is typical for late December, so some regions that normally expect snow could be seeing more rainfall than they’re used to for this time of year.

However, the Northern Plains themselves can expect to see some serious accumulation of snowfall. The Great Lakes regions are also likely to see heavy snowfall totals.

Six inches of snow are likely for the Northern Plains into Saturday and Sunday, and even as much as a foot of snowfall could be possible in some region at higher elevations. Make sure you adjust any holiday travel plans accordingly, as this weather pattern is likely to impact roadways in the region, much like we’re currently seeing in the Southwest.