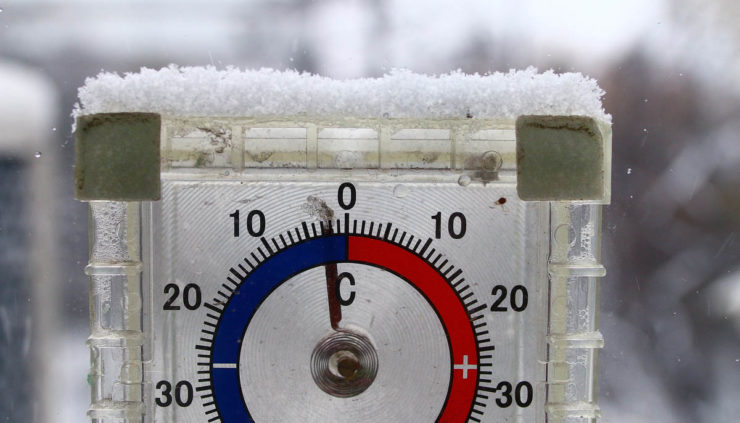 Temperatures to Plummet this Week as Arctic Air Sweeps South

A blast of frigid, arctic air is on the way for the Midwest and the East Coast. As the arctic temperatures sweep south, temperatures ranging in the teens or twenties will be the norm throughout the week, particularly in the Great Lakes, Midwest and Northeast regions.

Meanwhile, by midweek, the Southeast will be grappling with their own frigid weather.

By Tuesday, the Plains will be looking at temperatures in the teens and twenties across the region. Meanwhile, New England will likely be seeing warmer-than-average weather until Wednesday. By then, the weather pattern will have moved across the East Coast and will bring plummeting temperatures.

By mid-week, the Southeast can expect lows in the 20s and 30s in some regions, and the highs will struggle to crack 50 degrees. Likewise, the Northeast will see highs in the mid-to-low 30s throughout Wednesday and Thursday, which could even give way to snow by late week. This is somewhat unseasonal, as it isn’t even winter yet.

By midweek, the Dakotas will be experiencing some of the lowest temperatures in the US. High are unlikely to get above single digits, and the lows will likely be dipping well below zero. With the wind chill in place, the Dakotas are likely to be experiencing weather that feels as low as thirty below.

People in the region are warned to dress and plan accordingly, as such temperatures can be dangerous even in short bursts of exposure.

Thankfully this arctic blast won’t last forever. Temperatures across the Midwest and East Coast are likely to climb back to more average mid-December weather by Friday. That means that nicer weather should be here in time for the weekend, so you should plan accordingly.