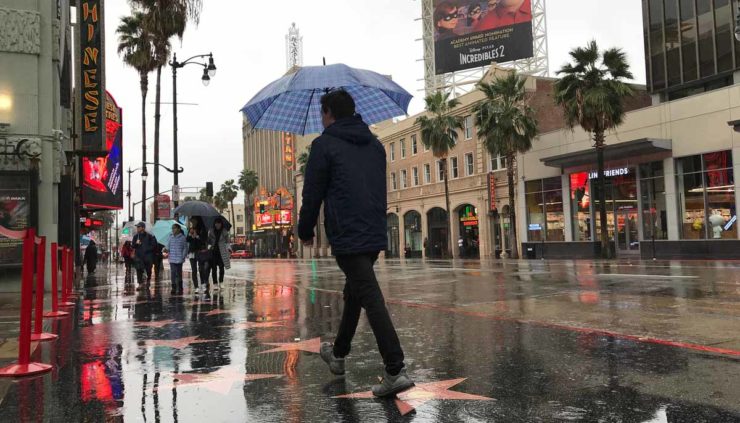 While California has been absolutely soaked over the last week, another two rounds of heavy rain and mountain snow are on the way for the Golden State. While it’s sunny in the state for the time being, by tomorrow the region could be experiencing some serious precipitation.

The Rainy Season Kicks Off

The wet and rainy season in California kicked off just before Thanksgiving with a huge low-pressure system that swept in from the Pacific. That storm rumbled to the East before becoming a major winter storm in the Northeast, snarling traffic and causing major travel delays.

On Sunday, parts of the 101 Freeway in California flooded due to the torrential rainfall. In parts of the Sierra Nevada, up to two feet of snow were picked up, and large vehicles all needed chains on their tires to navigate the snow.

Tuesday night, another storm covered California in precipitation ranging from heavy rainfall to mountain snow. The heaviest rainfall was expected to fall in the southern region of the state, so those living in the LA Basin can expect at least an inch of rain going into Wednesday morning.

Threats from this weather pattern could include scattered thunderstorms and even some flooding on roads and highways. Likewise, debris runoff from areas recently torched by wildfires could cause a hazard. In higher elevations, up to a foot of snow could accumulate, so people in the mountainous regions of SoCal are advised to keep an eye on the roads.

And Again Over the Weekend

While the Golden State will get a day of reprieve on Thursday, another storm is forecast to come around on Friday. This one, however, will likely be more concentrated on Northern California than Southern, which means it’s also far more likely to bring significant snowfall.

The atmospheric river carrying the storm means that it will likely be moving rather rapidly, however, which should keep precipitation totals from getting too high. However, should the storm stall out over California, the region could expect more flooding and major snowfall at higher elevations.

On the bright side, all this precipitation is good news for the state’s water supply. California had been experiencing severe drought conditions up until the end of November.