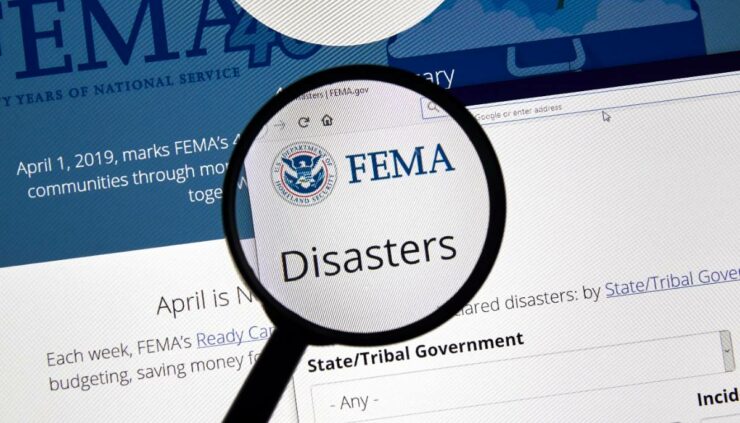 According to one former FEMA official, the war the agency is currently engaged in against coronavirus is like Hurricane Katrina hitting all 50 states, and now the agency is considering setting up a secondary response center to battle the looming hurricane season.

The Federal Emergency Management Agency (FEMA) is now considering the necessity of setting up a second National Response Coordination Center in order to handle a war on another front it could soon be forced to confront: The upcoming hurricane season which officially starts on June 1.

Current and former officials from the Department of Homeland Security (DHS) reported that not only is FEMA eyeing the necessity of a secondary command center, but with its personnel stretch to its limits, the agency is also considering the need to rehire retirees to expand its ranks with experienced individuals.

FEMA finds itself in a precarious situation where it could find its incident support capacity being pushed to its limits, and the agency could find itself overwhelmed if a major hurricane were to occur while it was still entrenched in the battle against COVID-19.

The National Response Coordination Center is a part of FEMA that exists to coordinate the federal government’s response to natural disasters and other crises around the country, helping manage communication and resources.

It is the one part of FEMA that would likely feel the most strain amid a multi-disaster front and that is why the agency is being proactive now in considering a secondary coordination center.

National news has been focused on how hard the coronavirus pandemic has struck the state of New York, but less publicized is the fact that its next-door neighbor New Jersey has now become the second-most impacted state in the nation with COVID-19 cases rising rapidly.

The cases continue to increase rapidly despite a stay at home order that was issued on March 21. While it first appeared there might be some slowing on March 31, confirmed infection skyrocket yesterday with well over 3000 new cases confirmed on April 1, the highest number of cases in a single day New Jersey so far.

The coronavirus pandemic and its effect on the state of New Jersey has made it a little more difficult when, say you need to search for an injury lawyer New Jersey, or are dealing with any number of other types of emergencies that arise.

New Jersey weather isn’t necessarily being kind either. Strong winds are expected for Thursday, and Friday will see another round of showers.

The good news is, however, Sunday will finally bring some warmth where temperatures are expected to climb to around 60 degrees and could reach the 70s in South Jersey by Tuesday.