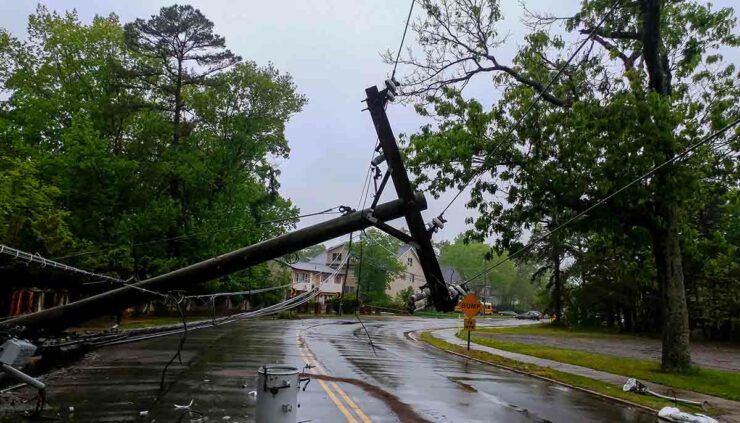 As Hurricane Delta approached the northern gulf Coast on Thursday, officials told residents to hurry final preparations for the potentially devastating storm that was about to hit.

And then, with the arrival of Delta, residents along the Louisiana coast are experiencing a second hurricane just six weeks after Laura’s punishing blow.

Hurricane warnings were issued for much of southwestern Louisiana. This is the very same area where, just weeks ago, Laura destroyed 10,000 homes and left another 35,000 with major damage, according to Governor John Bel Edwards.

Laura destroyed more than just buildings, too. In fact, the storm destroyed parts of the state’s power grid.

Entergy Corporation, which delivers electricity in Louisiana and Texas, said the damage to its high-voltage transmission lines and other key infrastructure is some of the most severe the company has ever experienced.

“Those structures have not yet been repaired. The electrical infrastructure there is in the process of being repaired. and we’ve got people who are very tired,” Gov. Edwards said during a radio interview Thursday. “We’re still sheltering over 6,000 people from southwest Louisiana in 12 hotels, primarily in New Orleans.”

He continued, “It’s going to be a very challenging situation.”

Some Residents Still Under Evacuation Orders From Hurricane Laura

Some Louisiana residents still haven’t been able to return to their homes in the aftermath of Laura. Parts of Cameron Parish remain under an evacuation order that was issued before Hurricane Laura.

Now, several other parishes and cities have issued mandatory evacuation orders  or urged residents to voluntarily leave their homes because of Hurricane Delta.

Many residents aren’t sure that there will be anything left to come back to.

“This is not a bad dream. It’s not a test run,” said Nic Hunter, the mayor of Lake Charles, in a video posted on Facebook. “These are the cards that we have been dealt.”

Hunter pressed residents of Calcasieu Parish to evacuate before it was too late. He said city buses would take people to evacuation centers.

Similarly, Calcasieu Parish Sheriff Tony Mancuso urged residents to “be prepared to take care of yourself.”

During a briefing, he told residents that he would not be dragging people out. But, if residents choose not to evacuate, “we will not, and may not, be able to get to you.”

During a news conference Wednesday, Gov. Edwards said that more than 1,000 National Guardsmen, 7,500 utility workers, and dozens of high water rescue vehicles, boats, and aircraft are standing by. Another 8,000 utility workers are waiting outside the state.