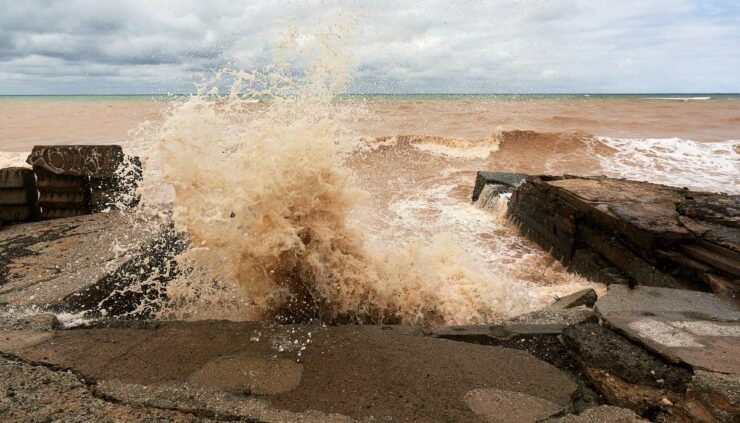 On Tuesday, Epsilon strengthened into a hurricane in the central Atlantic becoming the earliest 26th named storm and the 10th tropical cyclone of the season as it barrels toward Bermuda, nearing the island by Thursday.

Epsilon shattered the record as the earliest 26th named storm in a season by a month, topping the previous record of November 22 set in 2005. It will also be one of only four years since 1966 where at least 10 Atlantic hurricanes formed by October 21.

The 2005 hurricane season was the most active, with 31 named storms and 15 hurricanes.

The Atlantic hurricane season runs from June 1 to November 30. Records may still be broken. There are forty days remaining in the 2020 season.

With still over a month ago, the 2020 season still has the potential to be deadly. It’s a good time to think about donating to charities that help with disaster relief, as many have seen their funds depleted through the hurricanes and tropical storms that have already pummeled the United States so far this year.

Epsilon is barreling toward Bermuda

The storm is predicted to move toward Bermuda, where it makes its closest approach on Thursday, the National Hurricane Center (NHC) said.

The biggest risk for the island will be dangerous swells. The NHC warned, “Dangerous surf conditions are likely” and the large swells could affect the island over the next few days. The NHC added: “These swells are likely to cause life-threatening surf and rip current conditions.”

The 2005 Atlantic hurricane season saw 31 named tropical systems form by season’s end on November 30. Only 5 more storms will tie the record and 6 will shatter it. With 40 days to go, it is a strong likelihood that the 2020 season could very well tie or surpass 2005.

In 2005, five tropical storms formed between October 21 and November 29. Then another weird thing happened. A tropical cyclone formed after the typical season. On December 30, Tropical Storm Zeta formed and ran through January 6.

What forecasters predicted for the 2020 hurricane season

The forecast for the 2020 Atlantic hurricane season saw the experts update their predictions due to an early start and frequency of storms as the season progressed.

Prior to the June 1 start of the season, on April 2, the experts from Colorado State University forecasted an “above average season” with 16 named storms and 8 hurricanes.

Then on May 21, The Climate Prediction Center (CPC) at National Oceanic and Atmospheric Administration (NOAA) gave a range of between 13-19 named storms and 6-10 hurricanes, with the potential of 6 major hurricanes.

But the NOAA updated its forecast on August 6, predicting 19-25 named storms and 7-11 hurricanes.

Epsilon has surpassed the NOAA predictions, becoming the earliest 26th named storm. Epsilon is also the 10th hurricane of the season.