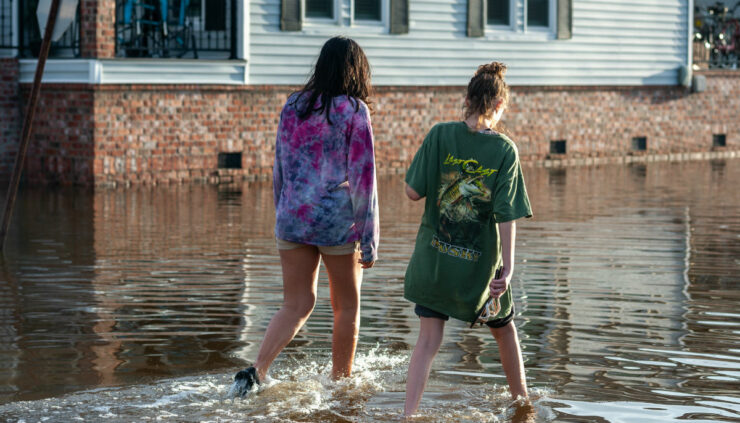 Following back-to-back hurricanes Laura and Delta, thousands of Louisana residents are trying to figure out how they are going to vote on election day.

Countless people have been evacuated due to the storms and many are still in hotel rooms and temporary housing.

In fact, many voters are concerned they won’t be home in time to be able to vote in person.

According to the Calcasieu Parish Clerk of Courts, people in Louisiana who won’t be in their home parish on election day can either vote early in person or cast a ballot by mail.

Early voting beings Friday, October 16 and runs through October 27 for the state of Louisana.

It Will Not Be Easy to Vote in Person

Though voters have until November 3 to cast their ballot, nearly 10,000 residents are still in emergency shelters across the state.

In fact, some of these people are in hotels that are about three hours away from their home town, which will make it much more difficult to vote in person.

However, displaced voters will have until October 30 to request an absentee ballot, but it must be returned by November 2.

Voters can also request that their ballot be sent to any address, not just their home address.

Elections Have Been Delayed in the Past

Unfortunately, there are no plans to change voting rules this year because of the two storms.

According to Michael Morley, who is a professor of law at Florida State University, it was easier to delay the election in 2005 and 2008 because they were not presidential election years.

“With the presidential election you start brushing up against deadlines that are set forth in federal law and the constitution itself,” he told Weather.com.

Though it’s going to be harder to cast a ballot, Calcasieu Parish Clark of Court Lynn Jones explained why these disasters are a good reminder to exercise your right to vote.

“When we get into a situation like we just experienced in Laura and the leadership and the things that happened, really was based on how you voted,” she told KPLC.

“And so, right now, more than ever, we see why it’s important to exercise your right to vote.”