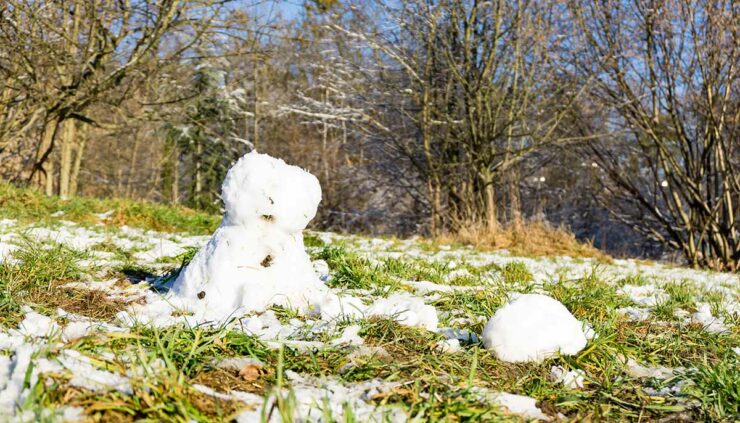 As we inch closer to the winter months, it’s left many wondering how bad the weather will be. After all, the weather this year so far has been pretty intense.

Well, if you’re not a fan of the cold, I have good news for you. Federal forecasters said that many parts of the United States are going to see a mild winter.

Mild Winter Temperatures and Drought on the Way

The National Oceanic and Atmospheric Administration (NOAA) has predicted that much of the East Coast and the southern part of the United States will see temperatures that are warmer than average. Their forecast covers the months of December, January, and February.

They also predict that much of the southern half of the nation — from the Carolinas out to central California — will likely see less rain and snow than usual. And while many in the South are probably just fine with less snow, the lack of precipitation isn’t necessarily a good thing.

Less precipitation does not bode well for the region. Drought could pose more issues, especially in the parched Southwest.

“With a La Niña climate pattern in place, southern parts of the U.S. may experience expanded and intensifying drought during the winter months ahead,” NOAA said.

La Niña is a natural climate pattern that can occur in the Pacific Ocean. Strong winds blow warmer waters west, and colder water from the deep rises to the surface. That change in the ocean’s temperature affects weather all over the world.

“We anticipate the typical cooler, wetter North and warmer, drier South as the most likely outcome of winter weather that the U.S. will experience this year,” Mike Halpert, deputy director of NOAA’s Climate Prediction Center, said in a statement.

Halpert said that La Niña winters also don’t usually feature the types of winter storms or blizzards that often cripple big Northeastern cities. Even still, these extreme events are not something meteorologists can see in seasonal forecasts.

Northwest Shaping Up to Be Colder This Winter

While the South stays dry and mild this winter, the Pacific Northwest and the northern Plains are expected to see even lower temperatures this winter.

Those areas should expect to see more precipitation than usual, leaving them wet and snowy this winter. Likewise, the Ohio Valley and the Great Lakes should also see more rain and snow.

Of course, this winter forecast does not specify just how much precipitation will fall. It only predicts that more or less is likely overall. How much rain, snow, or ice we actually see depends on the strength and track of winter storms. These generally cannot be predicted more than a week in advance, the agency said.