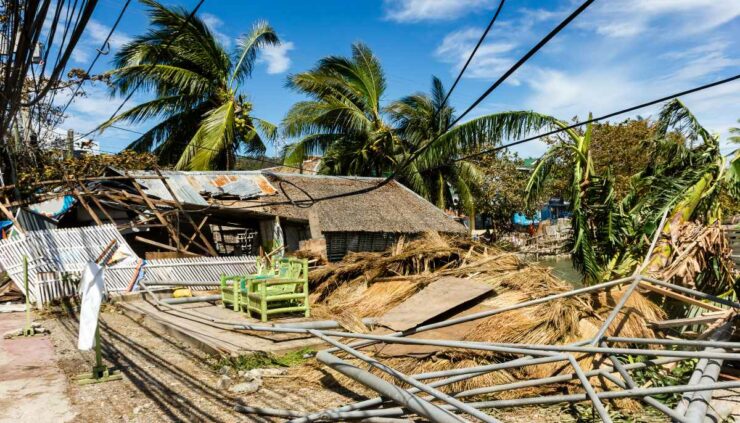 It’s Official: 2020 Now Has the Most Named Storms in a Hurricane Season

Subtropical Storm Theta formed on Monday night in the open waters of the Atlantic, breaking the record for the most named storms in a single Atlantic hurricane season with 29 storms – and the number could soon reach 30.

2020 becomes the most active hurricane season in history

With the formation of Subtropical Storm Theta, 2020 has broken the previous record for the highest number of named storms in a single Atlantic hurricane season, set in 2005. Theta is no threat to land, CBS reports.

Back in 2005, the record-setting season delivered 28 named storms. Now, 2020 has taken the title as the most-active Atlantic hurricane season on record with 29 named storms.

The season – which runs until November 30 – isn’t over yet. In fact, there is currently another active disturbance in the Atlantic that could soon become named storm number 30, christened with the name Iota.

The candidate for becoming Iota is Disturbance 2, which is a tropical wave in the Caribbean that has a medium (50%) chance of development over the next five days as it moves west toward Central America, according to the NHC.

When does the storm get “named?”

A storm transitions from a disturbance to a “named” storm when maximum sustained winds up 40 mph are registered. Iota is the next name on the list.

Updated projections for tropical storm Eta show the weather system weakening to a tropical depression before making landfall sometime this weekend. The latest projected path by the National Hurricane Center (NHC) now has the storm angling toward the Florida Panhandle, although landfall could occur anywhere from Florida to Louisiana.

However, the outer bands of the storm could start affecting the western coast of Florida by Thursday afternoon, the Pensacola News Journal reported.

Florida has already seen significant flooding and the threat is expected to continue through next weekend, which could be disastrous in some areas. Consumers are warned to be wary of cheap cars for sale, which often occurs after flooding, as scammers try to take advantage of unsuspecting buyers by selling cars that have flood damage.

Weather warnings for the Southeast

The outer bands of Eta combined with an existing band of thunderstorms over the Southeast prompted a series of weather alerts for Tuesday by The National Weather Service (NWS).

Coastal flood advisory: In Florida, along the coast from Jacksonville south to Daytona Beach, extending inland near Gainesville and Ocala.

High surf advisory: In Florida, along the coast from Daytona Beach South beyond Fort Pierce.