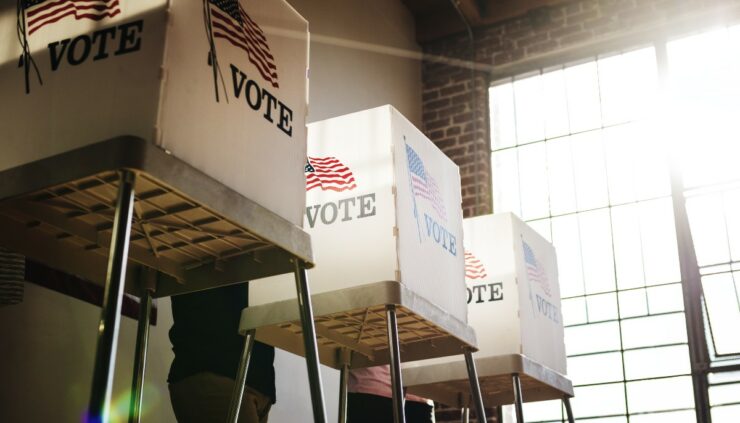 There couldn’t be a better forecast for Election Day, November 3, 2020. Most of the US is expected to be mild and sunny on Tuesday, as studies have found weather conditions have a significant impact on voter turnout.

Most of the US will see mild weather for Election Day

Clear, sunny, and mild weather is forecast from coast-to-coast on Election Day, Tuesday, November 3, 2020. Only a few spots will be dealing with weather. Here’s a look at those locations, with weather predictions by the National Weather Service (NWS) four Tuesday.

Rain is expected over the entirety of Washington; the western half and parts of northern Oregon; northern Idaho, northwestern Montana.

Rain is forecast for a small section of the northeast of the state. Thunderstorms are forecast for central and southern Utah.

Rain is forecast for East-Central Florida and around Miami.

Most of the US had sunny weather on Monday, but conditions are expected to be even more favorable on Tuesday as the majority of the nation will the mild and dry.

Weather can have a noticeable impact on voter turnout, research has found.

A 2007 study found that rain “significantly reduces voter participation by a rate of just less than 1% per inch, while an inch of snowfall decreases turnout by almost .5%” and that rain also had the power to further depress turnout,” The Hill reported.

Another study done in 2017 found that a “positive change in temperature on Election Day remained significantly related to an increase in voter turnout. For each increase of 1.8°F, voter turnout increased by 0.14%.”

While the weather will be cooperating, voters are forewarned to be prepared to deal with longer-than-usual lines at polling places amid a historic pandemic.

The mild and pleasant weather this week also makes conditions favorable for job hunters. Now is the time to search for job posts near me if you are looking to make an in-person appearance or interview with local employers.

Despite the negative headlines around the country about coronavirus, the US economy exploded and posted its best quarter in history for July, August, and September, where the Gross Domestic Product (GDP) shattered a record growing at the pace of 33.1% on an annualized basis.