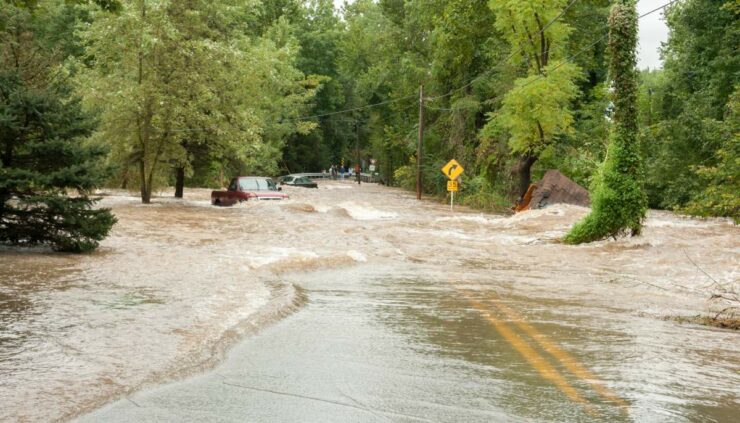 The latest forecast models Tropical Storm Eta show a changed projection path that could bring flooding rainfall to Florida by Sunday or Monday, while the storm could bring historic levels of deadly rain to Central America.

South Florida is now in the latest projection path of Eta, and although it has weakened from a hurricane into a Tropical Storm, forecasters say it is possible it could intensify as it moves from Cuba toward the US over the weekend, Fox 13 reported.

However, forecasters say, bear in mind, that the path of the storm could change over the next several days.

The most recent projection by the National Hurricane Center (NHC) on Wednesday morning shows an updated trajectory for the slow-moving storm. The storm is forecast to travel over Cuba on Sunday and crossing over the Keys and South Florida on Monday, bringing sustained winds of 60 mph.

Flooding rain could arrive ahead of the storm

The main threat will be heavy rainfall over Florida, which will arrive ahead of the storm and could lead to flooding.

South Florida will see a 70 percent chance of rain over the weekend, with a threat of 3-day flooding rainfall totals between 7-15 inches, CBS 12 reports.

Driving conditions could be extremely dangerous and drivers are cautioned against low-lying areas. If you can’t avoid being on the road, you may want to make sure you have the number of an emergency tow service and local personal injuries lawyers handy.

Eta made landfall as a Category 4 storm on Tuesday afternoon along the northeastern coast of Nicaragua with winds near 140 mph, ABC 13 reported. After moving inland, the storm then decreased in strength to a Category 2 storm with sustained winds of 105 mph.

As of Wednesday morning, Eta had weakened to a tropical storm. At 5 a.m. ET Wednesday, Eta had maximum sustained winds of 70 mph, and was centered about 90 miles west of Puerto Cabezas, Nicaragua, and was moving to the west at 8 mph. The storm was causing life-threatening rain and flash flooding over portions of Central America, WFLA reports.

Historic and catastrophic rainfall could occur

Forecasters say parts of Nicaragua and much of Honduras could get between 15 to 25 inches of rain, with 35 inches in isolated areas, Local 10 reported, adding that heavy rains are also likely in eastern Guatemala, southern Belize, and Jamaica.

The amount of heavy rain could potentially be as high as 1998’s Hurricane Mitch, one of the most deadly Atlantic hurricanes in history.