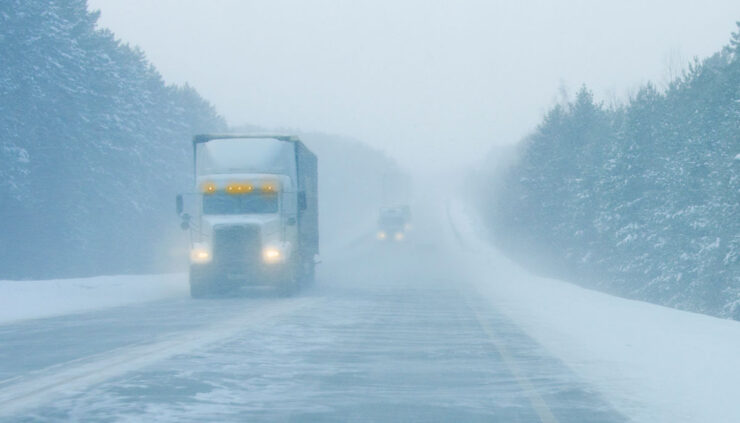 Tuesday will be a particularly dangerous day for travel in many areas across the US, as a snowstorm stretches over much of the nation and a wide band of freezing rain cover the nation’s midsection to the Northeast.

The National Weather Service (NWS) has issued a number of winter-related weather alerts for today. The impact of today’s weather conditions will increase in the later hours of the day into the evening, although travel was already being impacted in many areas in the early morning hours.

If you have to travel, it’s a good day to do a search for your area auto accident attorney, and keep a lawyer’s number handy and ready to dial on your phone.

As snow storms and freezing rain spans much of the nation today, a large section of the country is under weather warnings. Here are the winter-related weather alerts by the National Weather Service for Tuesday, December 29, 2020.

Snow will stretch nearly the entirety of the country on Tuesday. Here is today’s snow forecast by the National Weather Service.

Northwest: Snowfall over portions of Oregon, Washington, Idaho and Montana.

Southwest: Snowfall central and northern Arizona and much of New Mexico.

A wide and long band of freezing rain will stretch diagonally across the nation’s midsection today, spanning from Texas into Michigan and Ohio. The National Weather Service has forecast freezing rain over western Oklahoma, much of Kansas and Missouri, parts of Nebraska, southern Iowa, northern Illinois, southern Wisconsin, northern Indiana, central and southern Michigan and northeast Ohio.

In the West, there will be spots of freezing rain over parts of southern Washington.