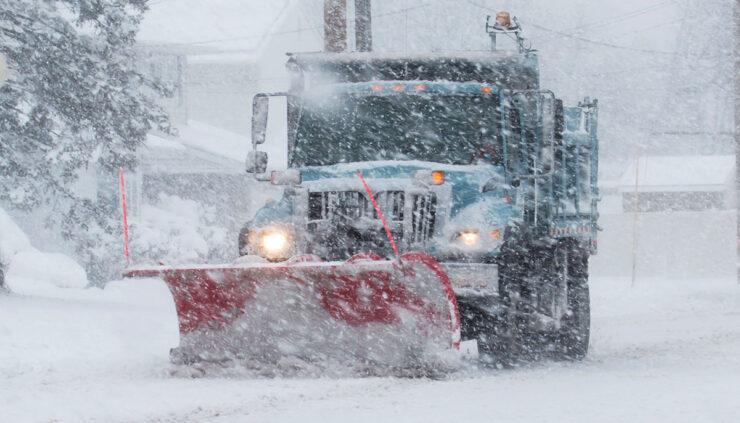 Biggest Storm in Years to Hit Eastern US, Bringing Over 2 Feet of Snow

The latest storm updates show that the nor’easter coming to the Eastern US on Wednesday could be the biggest in years, bringing over 2 feet of snow in some areas while delivering extreme impacts and dangerous conditions.

Eastern US to see biggest snow and ice storm in years

In advance of the approaching storm, the National Weather Service (NWS) has issued winter storm warnings, weather advisories and storm watches as an ice storm begins on Tuesday transitioning into major snowfall for the Northeast on Wednesday through Thursday.

Updated forecasts now predict more than two feet of snow in some areas, while the AccuWeather Local StormMax™ forecast protects up to 30 inches in some spots.

A range of 18-24 inches of snow are predicted for parts of New Jersey, the National Weather Service (NWS) in Mount Holly tweeted.

Another major factor of the storm will be strong, damaging winds of 40 mph or higher, particularly along the coast, NBC Boston reported.

The NWS in Mount Holly is warning of high winds issuing watches, as well as watches for coastal flooding for New Jersey.

Preparing for a power outage in cold weather

Forecasters are warning of power outages on Wednesday and Thursday. Residents of the Northeast are warned to make preparations in advance for the possibility of losing power by having an emergency kit at the ready.

Make sure to prepare an emergency kit that has at least a 3-day supply of food and water for each person, including pets, plenty of extra blankets, as well as a flashlight, a fully charged cell phone for each person, and backup battery chargers for your cellphones and more. Your cell phone may literally be your lifeline, so you can’t afford to let it run out of power. You can find a backup battery charger for cellphones today at Walmart, as well as other retailers like Best Buy, Staples and office supply stores.

The biggest challenge will be keeping warm. Make sure to keep all doors to the outside closed. You can use towels to block drafts coming in from door and window cracks. Don’t use gas stoves, charcoal grills or other open-flame devices as heat sources, as carbon monoxide – which is odorless and invisible – could build up in your home.

If using a gasoline-powered generator to provide electrical power, always keep them outdoors, as generators are a major source of carbon monoxide gas. Don’t use them in your closed garage, either, because the gas could still seep inside the home. People die far too often in natural disasters from improper use of generators.