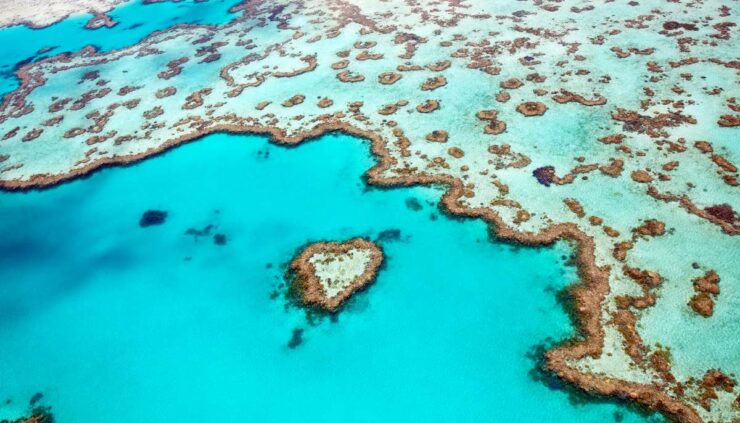 Signs of climate change are getting increasingly harder to ignore, as Earth recorded its hottest November ever, while the decline of coral in the Great Barrier Reef has reached a critical level, a new report has found.

Earth sees its hottest November on record, 20/20 could be hottest year ever

Earth recorded its hottest November on record last month. And with the turbulence 2020 has delivered, no one will be surprised if once December is over, 2020 may also be the hottest year on record.

At the same time, Europe experienced its warmest fall ever, according to a new report from the European Union’s Copernicus Climate Change Service, CNN reported.

The warmest temperatures were captured across a large region of northern Europe, Siberia, and the Arctic Ocean. The second-lowest level of sea ice ever seen in November was also recorded in the Arctic Ocean.

December could also be a record-setting month. In the United States, a forecast by the Climate Prediction Center of the National Weather Service, part of the National Oceanic and Atmospheric Administration (NOAA), gave a 7-day outlook spanning from December 15 to December 21, which shows temperatures climbing as we approach Christmas Day.

The forecast showed, with the exception of central and southern Florida (which will have normal warm temperatures), that the entire continental United States will have above-normal temperatures.

A White Christmas could be absent for many. In fact, some areas in the US are still wondering when winter is going to arrive. Rather than shopping for products to deal with cold weather and keeping warm, people are looking for the best deodorant for sweating.

The conservation status of Australia’s Great Barrier Reef has just been reclassified from “significant concern” to “critical” due to increasing decline of coral, which a new report has found and ascribed to climate change.

The 2020 World Heritage Outlook report was issued by the International Union for Conservation of Nature (IUCN) which tracks whether the conservation measures of the world’s 252 natural World Heritage sites is sufficient to protect them in the long term, ABC reported.

The 2020 report by the IUCN referred to climate change as the “most prevalent current threat.” The report assessed climate change as a “high” or “very high” threat in 83 of the other 252 sites it monitors for conservation.

The report attributed coral bleaching and other damage to the Great Barrier Reef to ocean warming, acidification, and extreme weather.

Coral bleaching occurs when water is too warm. The algae the corals expel from their tissues create a bleaching effect, causing them to be rendered completely white.

Marine species are also being affected as the decline of coral has resulted in decreasing populations of a number of marine species, the report indicated. The Great Barrier Reef is the most extensive of its kind in the world, providing an ecosystem that provides a home to over 1,500 species of fish.