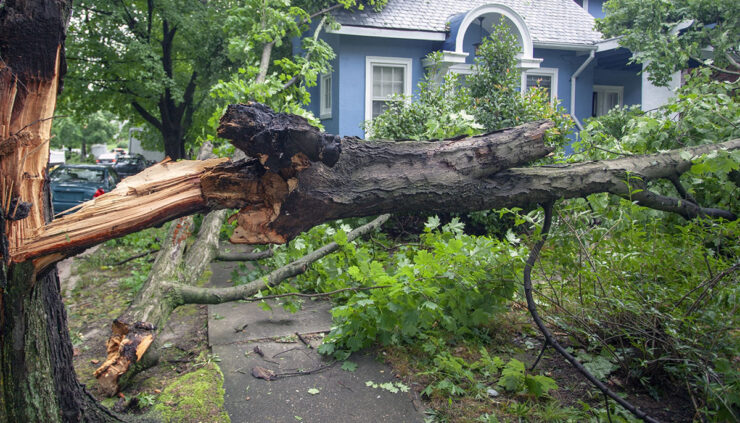 Weather disasters across the globe reached the highest annual price tag ever recorded: $150 billion in 2020. That’s according to a new study by the charity Christian Aid, which attributed the long-term impact to climate change.

The year 2020 was one of the worst on the planet in terms of extreme weather events and disasters. It is set to be among the 5 warmest years ever recorded on the planet as well. Storms are lasting longer, are stronger, are carrying more water, and extending beyond their historical ranges. Here are just a few of the disasters we saw this year:

The weather disasters that struck throughout the globe in 2020 were the most expensive in history, approaching a final tally of $150 billion, according to a new report which attributes climate change as the leading cause.

The charity Christian Aid tabulated the costs in a new study, finding insured damages worth $150 billion, which outpaced the total cost the world saw from disasters in 2019. The report attributed the rising costs to the long-term impact of global warming, The Guardian stated.

Besides the monetary cost, there were human costs as well. At least 3,500 people lost their lives due to weather disasters around the world, while the events also displaced more than 13.5 million people from their homes. The Atlantic hurricanes alone caused at least 400 fatalities and left $41 billion in damages.

At least 20% of the Australian forests were destroyed by wildfires that began in late 2019 and extended into early 2020. Tens of millions of wild animals were also killed in the blazes.

The study also found that the burden of this astronomical price tag to repair the damage wrought by nature disproportionately fell upon poor nations. To make matters worse, only four percent of these economic losses from the extreme weather events that occurred in low-income countries were insured. Comparatively, in high income economies, 60 percent of the weather disasters were insured against, according to the report, which cited a study published last month in The Lancet.

Weather-related injuries also plague people on the job. This can be a tricky area when it comes to compensation or coverage. It’s best to consult personal injuries lawyers to sort it all out. As things continue to worsen, this will be an increasing concern across the globe.

Will things get worse?

According to scientists, the average surface temperature of the planet has gone up at least 1.1 degrees Celsius compared to where it was in the late nineteenth century, before the industrial revolution. Further, scientists say that most of the warming that has occurred happened in the last 50 years.

The study seems to suggest that things are going to get worse unless humans can change their activities and keep global warming well below 2°C. However, experts suggest 1.5 degrees Celsius is a safer threshold, but warn that the ability to reach this lower number has grown increasingly difficult, if not impossible.