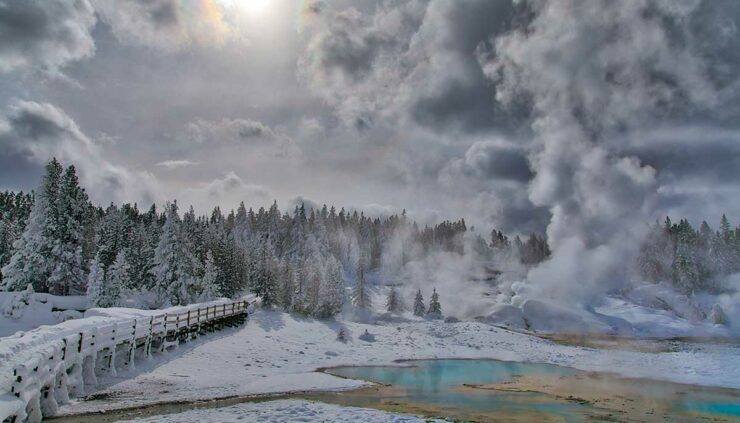 Destructive Winds Across Midwest After Wreaking Havoc Over Northwest

Hurricane-force winds on Wednesday wreaked havoc across parts of the Northwest and West, leaving thousands without power, the NWS is warning of possible damaging winds extending into the Midwest on Thursday.

Get ready for more heavy and potentially destructive winds today and parts of the West, Northwest extending into the Midwest for Thursday. Blizzard and winter storm warnings have also been issued for the Midwest.

With these widespread windy conditions, it’s important to remember that a byproduct of windy weather is the effect it can have on drying out your skin. Soaps can worsen the effect, especially when we are all hyper-vigilant about handwashing these days. Consider using a body wash cream for dry skin.

Thousands without power after wins wreak havoc in the West

As of early Thursday morning, thousands of residents in four Northwestern states are without power as a result of Wednesday’s hurricane-force winds across the West. In Washington, 127,372 residents were without electricity, 33,568 in Idaho, 22,733 in Oregon, 15,468 in Montana and 5903 in Colorado, according to poweroutage.us.

Semitrucks overturned, power lines down, 1 death and more in Washington

The heavy winds near 70 mph across Washington caused destruction and at least one death in Washington State on Wednesday. Tractor-trailers were overturned and one semitruck was blown onto a railing of a bridge shutting it down for at least three hours, The Seattle Times reported. At one point at least half a million residents were without power.

Power lines were splintered and ripped apart, while trees toppled in the water-soaked earth, the National Weather Service in Seattle reported.

In Spokane Washington, heavy winds toppled the iconic butterfly in Riverfront Park around 7:30 AM on Wednesday. The butterfly is 50 feet tall, with wings that extend to about 60 feet. Engineers were on the scene assessing the damage and looking for what caused the failure, as the structure was said to have been able to withstand winds up to 110 mph, KREM2 reported. Spokane airport recorded a 71 mph gust.

Wind gusts reached category 2 hurricane-force speeds as they exceeded the threshold of 96 mph on Wednesday in Wyoming.

Threat of damaging winds across Midwest on Thursday, blizzard warning

The National Weather Service (NWS) is warning of strong, potentially damaging winds across the Midwest on Thursday. Father to the east, blizzard warnings are in effect. Here are today’s weather alerts by the NWS.