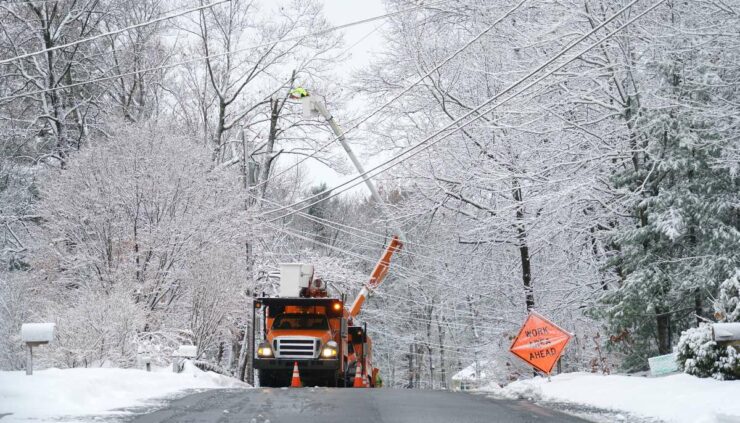 New Year’s Day begins with a major storm stretching across half of the country bringing warnings for snow and ice that spans from Texas, across the Midwest to the Ohio Valley, and into the Northeast extending to Maine.

Major ice storm and snow extends from central US to Northeast

A major storm bringing snow, sleet, and ice will extend from north-central Texas across the Midwest into the Ohio Valley and throughout the Northeast to Maine on New Year’s Day.

Travel will be especially dangerous today with icy conditions. If you have to travel, you may want to keep the number of an injury lawyer handy.

As a sign that this storm is going to be a whopper, one only needs to look at Texas. The state was slammed with a year’s worth of snowfall overnight, and the snow fell much farther west and south than forecasters had predicted, which could be an indication that today’s storm may pack a punch.

*See below for area-specific weather alerts.

Snow in the West

The National Weather Service (NWS) has issued a number of weather alerts for New Year’s Day.

Thunderstorms for the South, Ohio Valley, and East

The eastern half of the country will also see some thunderstorms and rain on New Year’s Day. Thunderstorms are forecast over portions of the South, Ohio Valley, Southeast, and mid-Atlantic on Friday.

Rain is in the forecast for the southern regions of New York, Connecticut, Rhode Island, and Massachusetts.