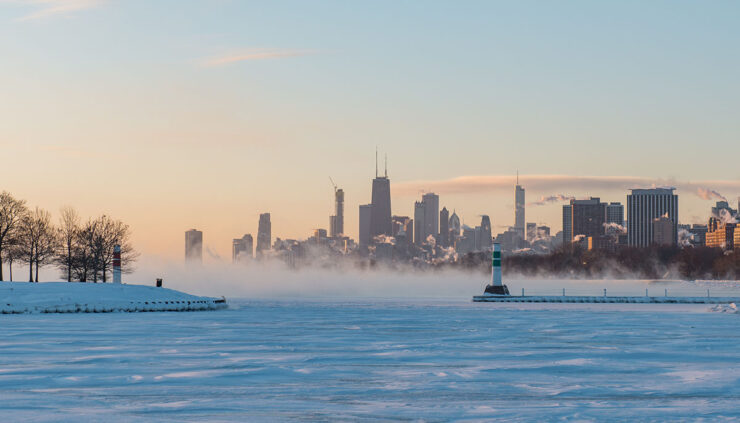 The polar vortex, the repository for the planet’s frigid air, is splitting in two, courtesy of a sudden stratospheric warming event, and could result in wild winter weather in the Northern Hemisphere for weeks or even months.

An occurrence known as a sudden stratospheric warming event, an instance in which a dramatic spike in temperatures occurs at high altitudes (about 18 miles up) above the North Pole, is causing a split in the polar vortex, the Washington Post reports. This event, which is particularly strong in this instance, is disconnected from the weather on the ground. However, it affects high-altitude weather, namely the polar vortex, which in turn, affects ground weather.

The events in the stratosphere transfer energy downward, moving atmospheric waves into the troposphere, which is the layer of atmosphere where most weather occurs.

How the polar vortex affects our weather

The air at the North Pole is thin and typically frigid. The polar vortex, which is a circulation of air around low pressure, acts as a repository for some of the coldest air on Earth.

When the polar vortex is strong and stable, as it was in 2019, the planet’s coldest air stays bottled up over the Arctic. When that happens, it decreases snow chances in the Northern Hemisphere.

However, when the polar vortex is weakened, causing it to wobble off the North Pole, pieces of it can swirl southward where it affects the United States, Europe and Asia. Then, the chances for blast of frigid arctic air, outbreaks of severe cold, strong snowstorms and blizzards occur.

That’s exactly what this stratospheric temperature spike has caused, as the polar vortex has wobbled off the pole, split, and sent a section of cold air moving southward.

Could this have significant repercussions for winter weather in the US?

The experts say at this splitting of the polar vortex will be something more of a winter wildcard for the US at present. May say individual winter storms will be difficult to predict beyond a few days in advance. But they are certain that this unusually strong stratospheric warming event is likely to have a profound influence on not only weather in the US, but Europe as well, particularly Northern Europe which has the highest odds of experiencing severe outbreaks of cold weather.

Start protecting yourself against the cold weather now

Cold, dry weather is harsh on your skin. Soap can dry your skin out even further. And with COVID-19 around, everyone is washing their hands more than ever. For that reason, you might want to switch to a body wash cream for dry skin to prevent excessive drying out.

Besides COVID-19, you also need to protect yourself against colds or flu. While cold weather doesn’t cause colds or flu, it greatly enhances your odds of contracting them. The cold, dry air we inhale has an effect on our mucous membranes and also stresses our immune system. Keeping your nose and mouth covered so that they stay warm when you go outside will keep these passageways moist, which makes it much harder for viruses, such as those that cause the cold, flu or COVID-19, to take hold.