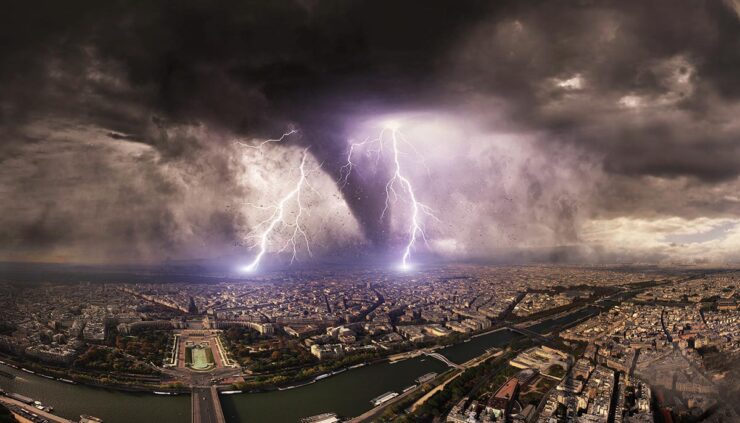 April Begins the Most Dangerous Season of the Year for Tornadoes

March already saw deadly tornado activity, but beginning in April, the average number of tornadoes increases by 134%. This kicks off the three most dangerous months of the year for severe weather in the United States.

According to data from a 20-year study of tornado activity in the United States between the years 2000-2019 by the Storm Prediction Center (SPC) of the National Oceanic and Atmospheric Administration (NOAA), about 54% of the tornadoes that occurred during these years happened from April to June, the Weather Channel reported.

Overall, there are five months of particularly higher tornadic activity in the US, with the three months between April and June being significantly more active and dangerous.

Keep in mind that the following numbers are averages – not absolutes. The number of tornadoes that occur during these months can be higher or lower.

The Most Active Months for Tornadoes

Here are the five months of the year in the US with the highest average number of tornadoes with the three most-active bolded, according to the NOAA:

Keep in mind, a higher threat of severe weather amid the Atlantic hurricane season runs from June 1 until November 30. The threat of tornadoes does not taper off until December.

Here is the average number of tornadoes that occur during the Atlantic hurricane season:

Severe Weather Can Strike at Any Time: Be Prepared

Although the risk is higher in some months of the year, severe weather and tornadoes occur year-round in the United States. One thing you can’t be without in an emergency situation is a cell phone. Every member of your family should have one. There are family packages that can provide cell phones for every member of your family, and you can get the phones for free. Do a search to find a cell phone plan deals near me.

To get additional information about how to be prepared for severe weather and tornadoes, visit these US government websites for articles on preparedness at:

Some States More Prone to Tornadoes Than Others

Every state in the US averages at least 1 tornado per year with the exception of two states: Rhode Island and Alaska.

According to a 9-year study by the NOAA, everything west of the Rockies is less prone to tornadoes than the rest of the country. The same goes for the Northeast. The majority of tornadoes in the US occurs between the central US, Ohio Valley, and the South. However, Colorado has an average of 53 tornadoes per year, ranking it higher in quantity than most of the southern states where some of the most damage occurs.

Overwhelmingly, no doubt due to its size and central US location, Texas has the most tornadoes per year at 155. Kansas is second with 96 in Florida is third with 33. Other states with the most tornadoes in descending order include Oklahoma 62, Nebraska 57, Illinois 54, Colorado 53, Iowa 51, Minnesota and Missouri 45, Alabama 44, Mississippi 43, Arkansas 39, Louisiana 37, South Dakota 36, North Dakota 32 and Georgia 30.