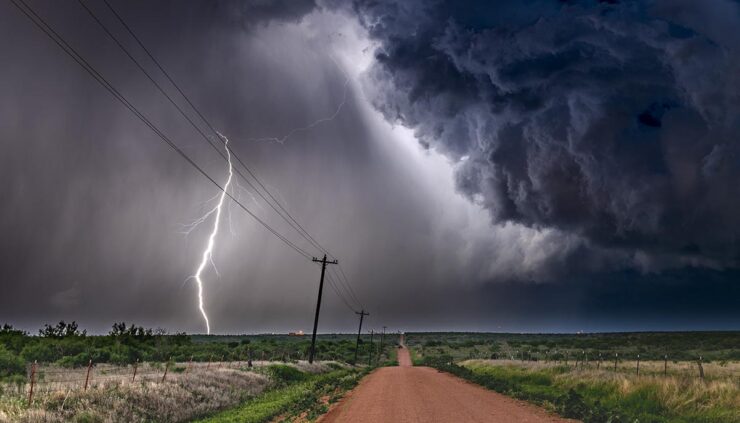 The South will see at least 3 days of severe weather with likely tornadoes, with warnings for 6 states on Thursday and stronger chances of a more widespread outbreak in the South on Friday and Saturday.

South to see at least 3 days of severe weather

On Thursday, forecasters were warning of damaging winds and tornadoes possible over portions of Texas, Oklahoma, Arkansas, Louisiana, Mississippi, and Alabama.

As of Thursday morning, tornado warnings had already been issued in Mississippi and Alabama, ABC reported. Four inches of rain around New Orleans had already caused flooding.

The large storm system was forecast to move both east and north on Thursday afternoon, bringing the threat for severe thunderstorms stretching to Florida to the southeast and all the way to Michigan to the north. Damaging winds and tornadoes are the biggest threats from the storms.

Threats over the weekend

The areas threatened and affected by the storms will increase over Friday and Saturday, becoming more widespread across the South. The largest threat zone will stretch from Texas and Oklahoma to Georgia and the Florida Panhandle. The threats include damaging winds, large hail and tornadoes. Flash flooding is also a risk.

The areas of the highest risk are eastern Texas; the southern border of Arkansas; northern and central Louisiana; central Mississippi; and west-central Alabama along the western border.

On Saturday, the storm threat moves to the east affecting portions of southeastern Louisiana, southeastern Mississippi, nearly the entireties of Alabama and Georgia, central and eastern Tennessee, central Kentucky, the Panhandle and northern Florida, as well as a slight chance along the western borders of the Carolinas.

The areas of highest risk are around New Orleans; extreme southeastern Mississippi; central and southern Alabama; west-central and southwestern Georgia; the Florida Panhandle.

A flooding threat throughout the South exists through Sunday morning, according to the projection by the Weather Company.

Be prepared for severe weather

How to get prepared for severe weather

For the best information on how to be prepared for severe weather and tornadoes, visit these US government websites for articles on preparedness at: