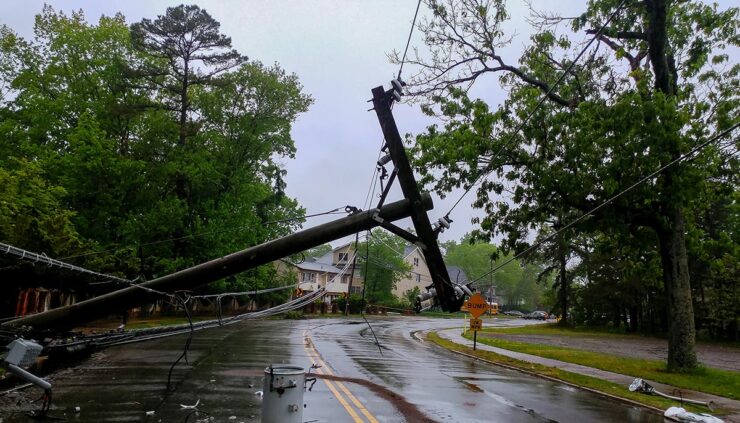 May Weather Can Be Turbulent with Highest Risk of Tornadoes

The month of May can be one of the most turbulent months for weather conditions, not only bringing the highest risk of tornadoes of the year but can bring severe weather, tropical storms, hot or cold, and even snow.

May Brings Highest Risk of the Year for Tornadoes

The highest average number of tornadoes throughout the year in the United States occurs in the month of May.

According to the latest data of a 20-year study from 2000 to 2019, by the National Oceanic and Atmospheric Administration (NOAA) of the National Weather Service (NWS), the United States has an average of 281 tornadoes in the month of May. The average number of tornadoes begins to climb in March with an average of 83, and increases in April (194), May (281), June (196), July (103), August (76), September (71) and begins to taper off October through February.

What Areas Have the Highest Risk of Tornadoes in May?

The area at risk for tornadoes during May is vast, extending from the eastern areas of Western states to the Atlantic coast. It’s easier to list the areas with the least risk of tornadoes. You don’t have to worry about tornadoes in May in Washington, Oregon, California, Arizona, northern Idaho, Western Montana, most of Nevada, and western New Mexico. Tornadoes are possible everywhere else.

The highest tornado activity in the United States during May is through the nation’s midsection.

Severe Weather Increases in May

In addition to a higher average number of tornadoes occurring in May, severe weather increases as well, and this comes on two fronts. First, the jet stream pushing out of the Rockies and into the planes, interacts with warm air and ample moisture, providing the perfect ingredients and set up for thunderstorms, the Weather Company explains.

Secondly, even though the official starting date for the Atlantic hurricane season begins in June, for the past six straight seasons, it has kicked off early in the month of May, bringing severe weather conditions with it, including tropical storms and hurricanes.

Severe Weather Can Strike at Any Time: Be Prepared

Although the risk is higher in May, severe weather and tornadoes occur year-round in the United States. One thing you can’t be without in an emergency situation is a cell phone. It can mean the difference between being rescued and losing a life. Each and every member of your family should have a phone. There are family packages that can provide cell phones for every member of your family, and you can get the phones for free. Do a search to find a cell phone plan deals near me.

To get additional information about how to be prepared for severe weather and tornadoes, visit these US government websites for articles on preparedness at: