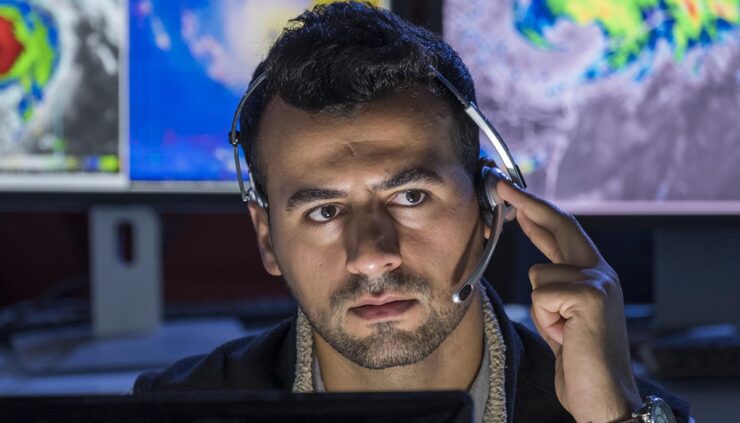 Hurricane Season Preparedness: Meteorological Terms We All Should Know

The Atlantic hurricane season begins on June 1 and forecasters predict an above-average year of tropical activity. Get prepared by becoming familiar with the meteorological terms relating to hurricanes we all should know.

Get Ready for a Busy Hurricane Season

The official start for the Atlantic hurricane season is June 1, and it runs through November 30. However, this year, like the past few seasons, it appears the season will kick off early.

As of this writing, the National Hurricane Center (NHC) was watching two potential systems, one in the Gulf (40-60% chance) and one in the Atlantic (>60 % chance), that have the potential for developing into a tropical system today, according to NOLA.

Forecasters have predicted an above-average season with 19 named storms, 8 hurricanes, with four of those being major hurricanes of Category 3 or higher (115-plus-mph winds).

This is also the time of year where moist weather and changes in atmospheric pressure can flare up arthritis pain. It’s a good time to stock up on arthritis pain relief medication now.

Here are some of the common terms you are likely to hear meteorologists and forecasters use when referring to tropical weather, systems, cyclones, and hurricanes, as first reported by Click Orlando.

Tropical Outlook: An area of disturbed weather that has a chance to develop into a tropical depression, storm or hurricane. Outlooks are issued by the National Hurricane Center (NHC).

Cone of Uncertainty: The forecast track of any given storm. Forecasters predict a potential a “cone,” an expanded area outside the forecast track, to account for any error. It’s important to focus on the whole cone, not the center, as the storm could move anywhere within the cone. Additionally, the storm and impacts will likely be felt well outside the actual cone.

Storm Surge: Rising water generated by a storm, over and above the predicted rise due to astronomical tides. The storm literally pushes the ocean inland. Storm surge is the deadliest aspect of tropical systems.

Rapid Intensification: An increase in maximum sustained winds by thirty-five mph or greater within a 24-hour period.

Millibar: Unit of pressure used in meteorology. A falling pressure will result in a stronger wind speed.

Subtropical Storm: A hybrid system that is not fully tropical, but receives its energy from both differences in temperature and warm ocean water.

Tropical Cyclone: Any tropical area of low pressure found anywhere on the planet. Relative to areas around the United States, they are referred to as tropical storms and hurricanes but are called cyclones elsewhere. Tropical cyclones are not associated with warm or cold fronts. However, these storms become intensified through warm ocean waters and develop thunderstorms around their center of circulation.

Potential Tropical Cyclone: A fairly new designation that came into use in 2017 by the National Hurricane Center. It refers to a disturbance that has strong potential to create tropical storm or hurricane conditions to land within 48 hours but has not yet met all of the meteorological characteristics to become tropical. Under this designation, watches and warnings will be issued for the impacted areas.

Eye: The center of the hurricane. Unlike the outer walls, winds are relatively calm and skies are mainly clear in the eye.

Eyewall: The edges outside of the eye. The strongest winds of the storm occur within this area.

Right Front Quadrant (also called the Dirty Side): Considered the most dangerous part of a hurricane. The quadrant is relative to the motion of the storm and is always to the right of the center of motion. This quadrant contains the strongest winds and greatest tornado threat.

Landfall: Officially determined when the center of the eye intersects with land. 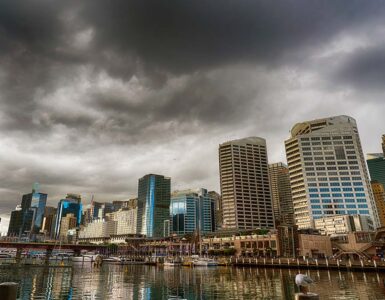 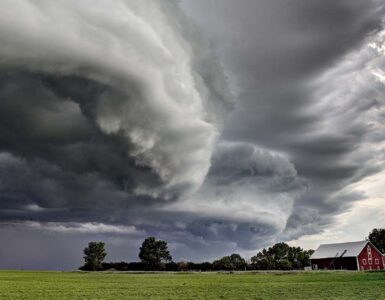