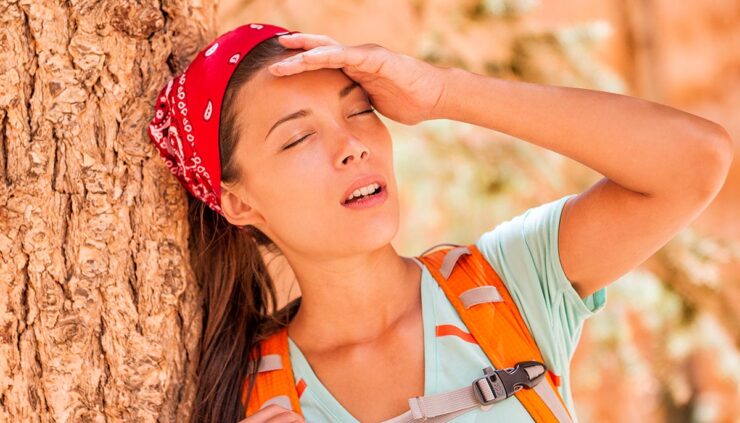 Dangerous weather from coast-to-coast: The West is under excessive heat warnings amid record-setting temps, while the Gulf Coast is under a tropical threat alert, hurricane season underway as tropical storm Bill forms.

Dangerous heat for the West throughout the week

If you live in the West, you’re in for a hot, dry spell. It’s a good time to stock up on dry skin moisturizer before supplies run out.

Record-setting heat will reach dangerous levels in many parts of the West this week, including parts of the northern Rockies. Daytime highs are expected to reach triple digits, with many locations soaring into the 110s, CNN reported.

The threat of wildfires are also a key concern this week, three communities in Arizona were evacuated on Tuesday as fire jumped containment areas.

The National Weather Service (NWS) has issued a variety of heat alerts and red flag warnings across the West, Southwest, northern Rockies and southern US for Tuesday, as warm temperatures are expected to continue this week for much of the nation.

Hurricane season is off and running…Tropical Storm Bill formed off the coast of Carolina. Bill was moving northeast at 23 mph with sustained winds of 45 mph. the storm was not expected to pose a threat to land. However, the system was expected to bring rough seas along the US Northeast coast.

A depression in the Gulf of Mexico is expected to become Tropical Storm Claudette, the third named storm of the season, late in the week.

But whether this depression forms as another named system in the Gulf or not, forecasters are already warning the region over the threat tropical moisture will bring.

Forecasters are predicting tropical downpours to occur along the Gulf Coast from Beaumont, Texas to the Florida Panhandle from Friday, June 19 through Monday, June 21, AccuWeather reported. Threats include potential flash flooding, rough surf and rip currents. Travel delays and reduced visibility are a possibility, as the weather could also cause problems for outdoor activities and put a damper on Father’s Day plans.