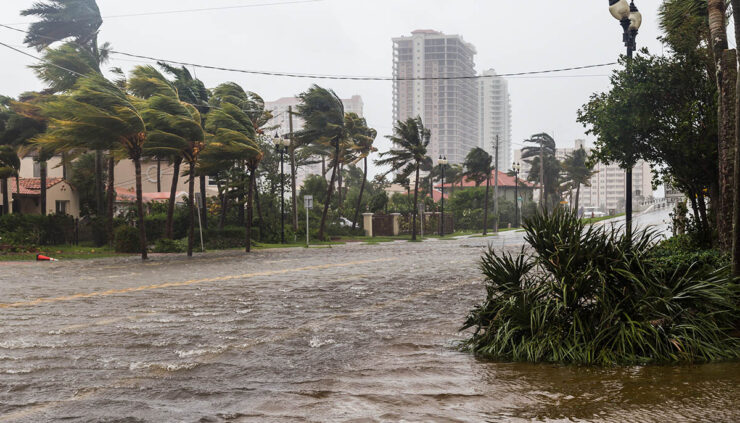 Elsa Becomes First Hurricane of 2021, Nearly All of Florida in Cone

Tropical storm Elsa, the fifth named storm of the season, is now the first hurricane of 2021, and nearly all of Florida is in its projected cone, as forecasters predict a Tuesday morning landfall; plus July 4th US forecast.

The 2021 hurricane season is seeing another year in which hurricanes develop early. Tropical storm Elsa became the first hurricane of the season early Friday morning, according to the National Hurricane Center (NHC). The development of Elsa into a hurricane is 39 days ahead of the average for the first hurricane of a typical Atlantic season, which is August 10, according to the National Oceanic and Atmospheric Administration (NOAA), the Orlando Sentinel reported.

As of early Friday morning, Elsa was centered roughly 40 miles west of Barbados, with sustained winds of 74 mph and gusts of 86 mph, according to the NHC, the Weather Channel reported.

Elsa was a Category 1 hurricane as of Friday morning, moving into very warm water in the Caribbean Sea. There was low wind shear, and little or no dry air, conditions that are conducive for strengthening, AccuWeather reported.

The forecast track shows Elsa approaching the edge of the Dominican Republic sometime after 2 PM on Saturday, with Jamaica within its cone after 2 AM on Sunday. Elsa will pass over Cuba beginning around 2 AM on Monday. By 2 AM on Tuesday, Elsa will be off the coast of southern Florida. Nearly the entire state of Florida is within Elsa’s projection cone, with the exception of the western half of the Panhandle, as the storm continues to move north through Wednesday, the Orlando Sentinel reported.

The storm is expected to move north-northeast, impacting the Georgia and Carolinas by Wednesday-Thursday.

Wind and rain predictions for Florida

According to current projections, Elsa is predicted to bring wind gusts between 40-60 mph when it nears and passes over Florida, AccuWeather reported.

The impact of rainfall from Elsa between Friday, July 2 through Thursday, July 8 are 1-2 inches for most of Florida, however, parts of Central Florida and the North could see between 2-4 inches, with some areas receiving 4-8 inches.

People who live in Florida, Georgia, the Carolinas, and other parts of the South and East coast, should begin making preparations now.

Don’t wait until the last minute to prepare

The National Weather Service (NWS) recommends having hurricane kits ready, filling up your vehicle’s gas tank, as well as making sure your dwelling is prepared to withstand the storm.

To get additional information about how to be prepared for severe weather, visit these US government websites for articles on preparedness at: Ready.gov