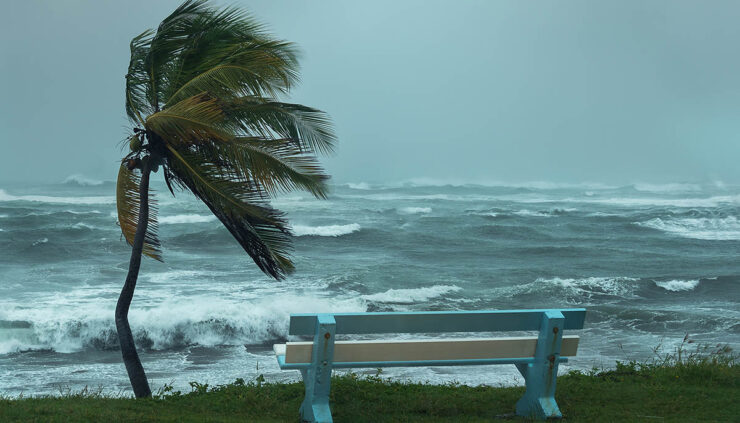 Elsa strengthened into a Category 1 hurricane on Tuesday night but has since weakened to a tropical storm. As of 8 a.m. Wednesday, the storm was approaching landfall in Florida’s Big Bend. Here is the latest forecast track:

As of 8 AM EDT, tropical storm Elsa was moving north at 14 mph and driving maximum sustained winds of 65 mph, according to the national hurricane center (NHC), the Washington Post reported. The storm was located roughly 35 miles west of Cedar Key and about 60 miles west of Gainesville.

The storm reached Category 1 hurricane status for a brief time on Tuesday night as it paralleled the western coast of Florida.

Forecasters say Elsa could dump as much as 15 inches of rainfall. As of Wednesday morning, the storm was already unleashing heavy winds leaving thousands of residents without power, CBS reported. Most of southern Florida was under a tornado watch, while several counties issued emergency evacuation orders.

As of 10:30 AM EDT, slightly over 8000 residents were without electricity in Florida, according to monitoring site poweroutage.us

Elsa is projected to make landfall somewhere near Florida’s big band early on Wednesday. By 2 AM on Thursday, the center of the storm is expected to be near the border of eastern Georgia and southwestern South Carolina. By 2 PM Thursday, the storm is projected to cross over into South-Central North Carolina. From there, the storm is forecast to track along the eastern seaboard, putting all of the East Coast states within its cone as it moves north. By 2 AM Friday, the storm is expected to affect portions of Virginia, Delaware, Washington, D.C., Maryland, and continue to move northward affecting New Jersey, New York, Connecticut, Rhode Island, and Massachusetts by 2 PM on Friday. By 2 AM on Saturday, Elsa is projected to be over portions of Nova Scotia, Prince Edward Island, and New Brunswick, according to an NHC projection map posted by NOLA.

Are you prepared for severe weather?

As Elsa is poised to move up the entirety of the US East Coast,, everyone in these areas should be making preparations now.

Start by developing a family emergency plan, which begins by planning and preparing your evacuation and communications strategy. Being able to stay in contact with your family is vital. Look for the cheapest phone plans, especially family plans that will ensure every member of your family has a cell phone so that you can stay in contact should you get separated.

Most crucial of all, make sure to have an emergency kit that has at least a 3 day supply of food and water for every member of your family and pets, as well as a flashlight and backup battery chargers for your cell phone and a battery-powered or hand-crank emergency weather radio. Have all these items ready to be packed up at a moment’s notice should you be forced to evacuate quickly.