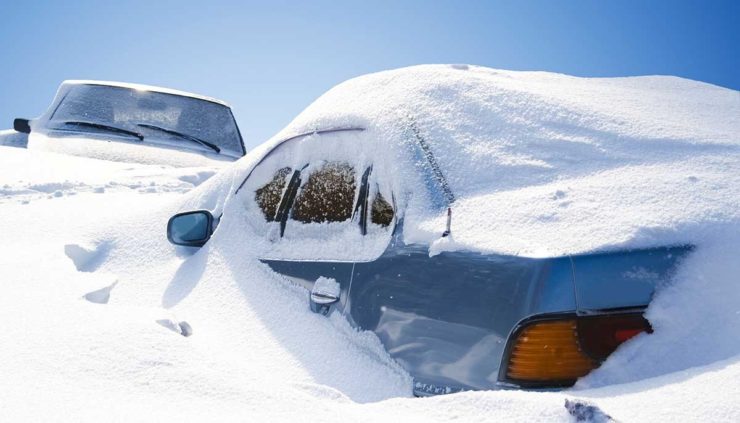 Such heavy snow wasn’t expected in the southeastern part of France, but the first heavy snow of the season has caused serious issues in the region. At least one person was killed as a direct result of the inclement weather, while numerous roads were blocked and trees were downed during the snowfall.

Over 300,000 homes in Southeast France are currently without power. Today, there’s no expectations of further snowfall, but, for many, the damage is already done. The huge amounts of snow that are now blanketing many cities in the region have blocked roads, interrupted school and generally caused a huge disruption to daily life.

The main reason for the high number of power outages is downed power lines. The snowfall in the region is heavy and wet, making it incredibly dangerous for both power lines and tree limbs. As the snow accumulated yesterday, it made several lines too heavy and snapped them, cutting power to thousands of homes.

At least one man was killed as a direct result of the weather. A very large tree limb snapped under the weight of gathered snow, falling on a man walking beneath and killing him. This was likely due to the unexpected nature of the snow, which came early in the season and in a surprisingly high volume.

Meanwhile, roads and transportation have also been impacted by the potentially deadly conditions. For instance, highways in the region have been mostly blocked, while others are currently open but only for traffic that is “absolutely necessary.” Many truck drivers and heavier vehicles have been informed to stay clear of these roads to allow normal commuter traffic through.

In addition to the disruption from the highways being blocked, there have also been numerous other transit delays and cancellations. Train tracks are clogged with snow and downed tree limbs, so many lines aren’t currently running. Similarly, traffic conditions in these regions are very congested due to many roads being blocked by snowdrifts or downed limbs.

People in the region are urged to only travel if absolutely necessary. Officials in the region assure that they are working to restore power and clear roadways and railways. In the meantime, residents should exercise caution when traveling even short distances.