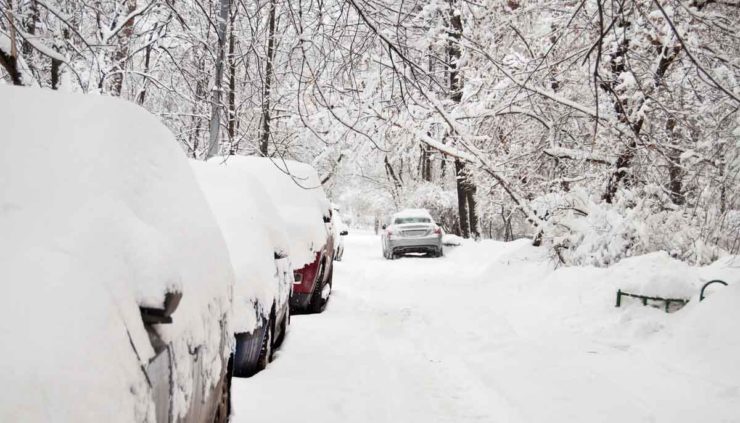 Plummeting Temperatures, Snow on the Way for the East Coast

The East Coast could be in for some serious snowfall this week as cold air sweeps across the country. As this weather moves in, rainfall in the mid-South and New England could become snow due to the plummeting temperatures. Here’s what you need to know.

By Tuesday evening, there is likely to be a massive dip in temperature for much of the East Coast as cold air spills out from the Midwest. Into Tuesday, the region from Northern Texas sweeping up all the way to West Virginia could see rainfall turn to snowfall. Little Rock, Nashville, and other cities could expect snow during the day or evening on Tuesday.

As much of this snowfall is likely to fall overnight, the mid-South could even see some snow accumulation going into the morning. By Wednesday, elevated and grassy areas are likely to have some accumulation.

The snowfall is likely to be greater in the Northeast, where overnight snow is likely to accumulate on roadways as well as grassy areas. This means that people in New England who have morning commutes need to be aware of potential delays due to inclement weather. The accumulation is likely to be loose, slushy, and wet.

This heavy, wet snowfall is likely to also be accompanied by low visibility, dreary skies, and bitter cold. In short, it’s not shaping up to be a very pretty day in the Northeast tomorrow. Make sure you adjust your travel plans accordingly and leave for work early.

The mid-South isn’t likely to see very much snow: it’ll be around an inch or so, which is likely to only accumulate in elevated areas. This is good news for Southerners who aren’t looking forward to contending with snowy roadways or canceled school classes.

Meanwhile, New England is likely to see more significant, if slushy, accumulation. This could result in some power lines and tree limbs being pulled down, as well as traffic delays developing as the morning commute begins. Make sure you stay informed and don’t get caught off-guard by the bad weather.