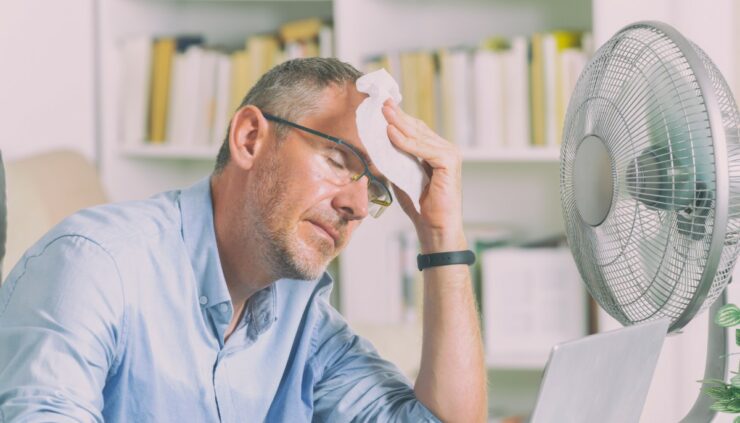 Many researchers are hopeful that the upcoming warmer and more humid weather in the US will help slow the spread of coronavirus, and to that aim, scientists have rediscovered a report by Army doctors following the Spanish flu pandemic of 1918 that provides important research which has helped a new study determine that the flu can pass solely through the air but is slowed and even by high levels of humidity and warmer weather.

Important: Treating yourself for colds, flu, aches and pains

Before we delve into the new research on slowing the spread of flu, we need to take a quick pause for an important reminder about treating yourself for colds, flu, aches, and pains.

If you have a cold or the flu, the best pain relief remedy may be the use of acetaminophen (Tylenol).

There is recent concern that the use of nonsteroidal anti-inflammatory drugs (NSAIDs) such as ibuprofen (Advil, Motrin), naproxen (Aleve), and others, could worsen symptoms from the novel coronavirus, COVID-19, as they depress certain functions of the immune system.

Many people who seek back pain relief often find NSAIDs most effective, as these drugs decrease inflammation, which is the typical cause of back pain.

However, if you also have cold and flu symptoms along with your back pain, you may want to avoid NSAIDs for now and see if you can obtain enough back pain relief from the use of a Tylenol product.

A report in the Journal of the American Medical Association (AMA) reported on a 1919 study by US Army doctors at Camp Cody in New Mexico who noted that the 1918 flu pandemic had killed their guinea pigs that were being kept for other medical tests.

“We didn’t know guinea pigs got flu,” says Peter Palese of Mount Sinai Medical School in New York City, the author of a new study. “They are no longer popular lab animals, and no-one had tried them.”

Professor Palese and his team then tested hundreds of guinea pigs, exposing them to a human flu strain at different temperatures and humidities. The animals were kept in cages which only allowed air to pass from sick animals to the well ones.

The researchers sought to answer a long-standing dispute: is physical contact needed to spread the few or can it pass solely as an airborne infection?

“It spread just in the air they exhaled,” set Palese. “Guinea pigs with flu don’t cough or sneeze.”

Humidity slows the spread of flu

Once the level of relative humidity reaches around 50%, the ability of influenza to spread through the air significantly declines.

Once the humidity levels reached 80% or higher, influenza does not spread it all through the air. Simply put, at over 80% humidity, droplets containing flu virus fall out of the air.

The researchers found that humidity levels that were normally enough to stop the flu virus were less effective during cooler temperatures.

Animals were tested at humidity levels that would normally stop the virus, but did not when temperatures were around 41 degrees.

What made the difference? The researchers discovered it was mucus, which tends to be thicker and cold temperatures.

The tests by researchers confirmed that the flu can spread solely by airborne means, and that it is most transmittable during colder and drier weather.

Conversely, it is slowed by warmer weather and humidity, with humidity levels at 80% effectively stopping the influenza virus.

Researchers are hopeful that the novel coronavirus, which is already showing patterns similar to other viruses, will also be slowed, even potentially stopped, by warmer and more humid weather.