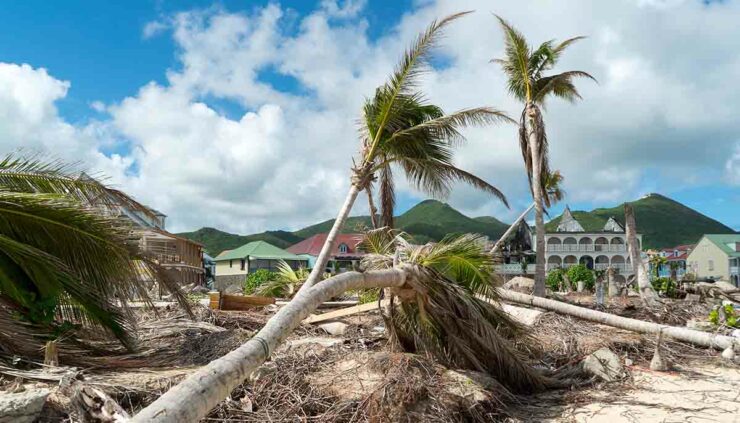 For only the second time in history, there are five tropical cyclones active in the Atlantic, while Category 1 hurricane Sally threatens “historic rain event” in the Gulf and now may not make landfall in the US until Wednesday.

Five tropical cyclones active in the Atlantic, only second time in history

The peak of hurricane season has arrived, and with it, a record-tying event. For only the second time in recorded history, there are five tropical cyclones active in the Atlantic at the same time, CNN reported.

The first and only other time such an event occurred in the Atlantic was in 1971.

Of these five storms, Hurricane Sally is already impacting the United States and is expected to make landfall on Wednesday.

The next storm of concern is hurricane Paulette.

The National Hurricane Center (NHC) said: “Swells produced by Paulette are affecting portions of Leeward Islands, the Greater Antilles, the Bahamas, and the United States. These swells could cause life-threatening surf and rip current conditions.”

Paulette is expected to strengthen, potentially gaining major hurricane status with wind speeds of at least 111 mph on Wednesday.

The National Hurricane Center (NHC) his warning that the amount of rain from slow-moving, Category 1 Hurricane Sally could bring massive and dangerous flooding, especially if the storm hovers or stalls in one area.

As of early Tuesday morning, Hurricane Sally moving over the Gulf of Mexico at only 2 mph. The Category 1 storm had maximum sustained winds of 85 mph and was crawling toward coastal Mississippi.

Earlier predictions saw the storm making landfall in eastern Louisiana on Tuesday, but as both the speed and trajectory of Hurricane Sally has changed, the latest forecast predicts that the storm may not make landfall until early Wednesday, farther to the east, perhaps near the Mississippi-Alabama state line.

In advance of what could be a historic weather event, President Donald Trump pre-approved a federal disaster declaration for the states of Louisiana, Mississippi, and Alabama ahead of the storm making landfall.

Evacuations are already underway in the low-lying areas along the Gulf.

Hurricane Sally is a potentially life-threatening situation, even if you don’t live near the coast. If you live in any areas that could be affected by Hurricane Sally or the rainfall from the storm which could cause flooding, you need to make preparations right now. Make sure you have a way of communicating with all of your family members. If you don’t have a cell phone, get one now. There are many low cost deals, with no money upfront, and though even provide you with a new android phone free.

Lastly, be sure to review this hurricane preparation guide from the Centers for Disease Control and Prevention (CDC) to know everything you need to prepare and do before the storm strikes.

2020 Atlantic hurricane season only has one name left

Due to a hyperactive season, there is only one name remaining on the list available names for the 2020 Atlantic hurricane season: Wilfred.

After Wilfred is used, the National Hurricane Center (NHC) will have to use the Greek alphabet for naming additional storms (Alpha, Beta, Gamma, Delta, etc.). This has only happened one other time in recorded history, CNN reports.

In the active hurricane season of 2005, the NHC eventually used 6 letters from the Greek alphabet to name the record-setting number of storms that year. Out of the six, four storms reached tropical storm strength (Alpha, Gamma, Delta, and Zeta), while two reached hurricane strength (Beta and Epsilon).