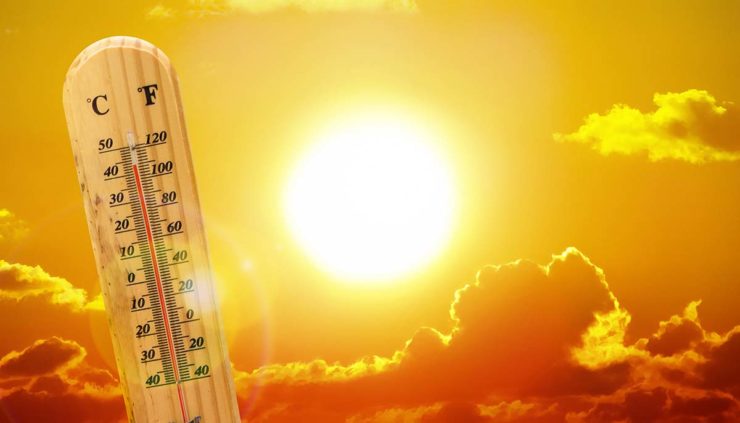 Planet Earth saw three temperature records shattered in one location as a small town in Siberia its highest mark, the hottest temperature ever recorded in Siberia and north of the Arctic Circle.

When one thinks of Siberia, brutally cold winters come to mind. Like, you want to get the best anti-aging serums to preserve and protect your skin from the savage, cold, dry weather.

On the northern coast, north of the Arctic Circle, Siberia only gets one month of summer. The annual average temperature is only 23 degrees Fahrenheit.

In Siberia, the small village of Verkhoyansk is roughly 3000 miles east of Moscow. It is one of the coldest spots on Earth. How cold are we talking? In 1892, temperatures in Verkhoyansk dropped to -90 degrees Fahrenheit.

Saturday’s triple-digit heat was 32 degrees above normal for the area, CBS News reported. Reaching 100 degrees in or near the Arctic is almost unheard of.

This region saw three consecutive days of extreme heat back about 90 years ago, but still below triple digits. On February 5, 6, and 7, 1933, Verkhoyansk recorded a high temperature of 93.6 Fahrenheit.

Back in 2010, another town that is a few miles south of the Arctic Circle in Russia, hit 100 degrees.

For perspective, Verkhoyansk sits at 67.5°N latitude, and latitude-wise, it is located even farther north than Fairbanks, Alaska. But remember we’re talking about the Arctic Circle.

Comparatively, Miami, Florida – a city known for warmth and sunshine – has only reached 100 degrees on a single occasion since the city began keeping records in 1896.

Meteorologist Jeff Berardelli, a climate contributor to CBS News, who goes by the handle @WeatherProf, wrote on Twitter: “Likely the hottest temperature ever recorded in the Arctic happened today-100.4 F-

What’s happening in Siberia this year is nothing short of remarkable. The kind of weather we expect by 2100, 80 years early.”

Back in May, the area recorded its hottest May on record since data collections began in 1979, and I since Siberia’s rivers broke up “exceptionally early”, C3S reported. In the same month, permafrost melt lead to a massive diesel spill in the region.

According to the National Oceanic and Atmospheric Administration (NOAA), because Arctic ice melt is accelerating, the seasonal snow cover is not as white, resulting in more absorption of sunlight, which causes further warming.