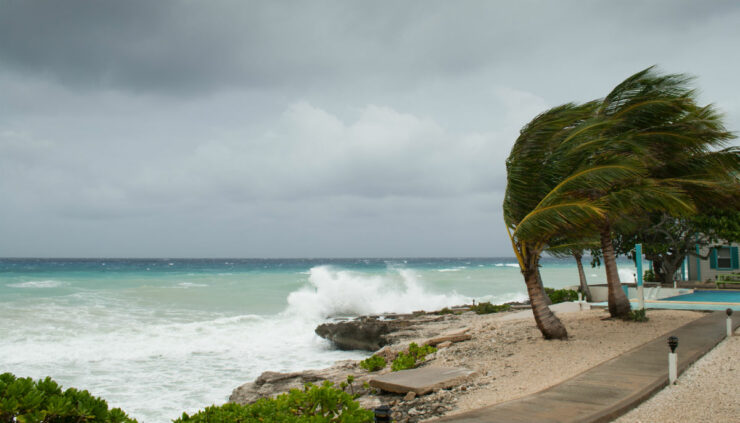 Hurricane Paulette is Back From the Dead

Along with COVID-19, an upcoming election, and everything else happening in our world, we now have another thing to worry about in 2020 — zombie tropical storms.

What is a “zombie tropical storm” you might ask? Well, in very basic terms, it is when a storm that appeared to go away regains life and becomes a tropical storm again.

Essentially, it rises from the dead, like a zombie.

Hurricane Paulette, which first made landfall a little less than two weeks ago, is now back after appearing to be gone for good. 2020 just won’t quit.

Tropical Storm Paulette is Back

According to the National Weather Service, Tropical Storm Paulette — which affected Bermuda about 10 days ago — has returned.

“Because 2020, we now have Zombie Tropical Storms. Welcome back to the land of the living, Tropical Storm #Paulette,” the National Weather Service tweeted on Tuesday, September 22.

Paulette became a Category 2 storm when it hit Bermuda back on September 14, but it was eventually downgraded to a post-tropical low-pressure system.

In fact, Paulette was one of five active tropical storms in the Atlantic Ocean during that time, which was only the second time in history that many storms existed at once.

However, Paulette was able to regain strength and become a tropical storm once again in recent days, as it appeared on the coast of the Azores islands.

While “zombie” storms are rare, they have occurred before. According to CNN meteorologist Brandon Miller, 2020 is the perfect year for a storm resurgence (because of course it is).

“Conditions can become hostile for a tropical storm to maintain its intensity, but if it doesn’t dissipate completely, it can revive days later when conditions become more favorable,” he shared.

“2020 is a good candidate to experience a zombie storm because water temperatures are above average over a bulk of the Atlantic Ocean, and obviously we are seeing a record number of storms — which ups the chances one could regenerate.”

Hurricane Ivan, which occurred back in 2004, also came back from the dead.

It is unclear how long Tropical Storm Paulette will be around — or if it’s capable of rising from the dead a second time — but it is safe to say it’s not comforting to know storms can return. I wonder if storms need to look for the best anti wrinkle cream after they’ve been around for so long, or if their fury fuels their youth.

With all the fires, tornados, earthquakes, and countless other Tropical Storms affecting the United States, it would be nice for Tropical Storm Paulette to just give up and get out for good!