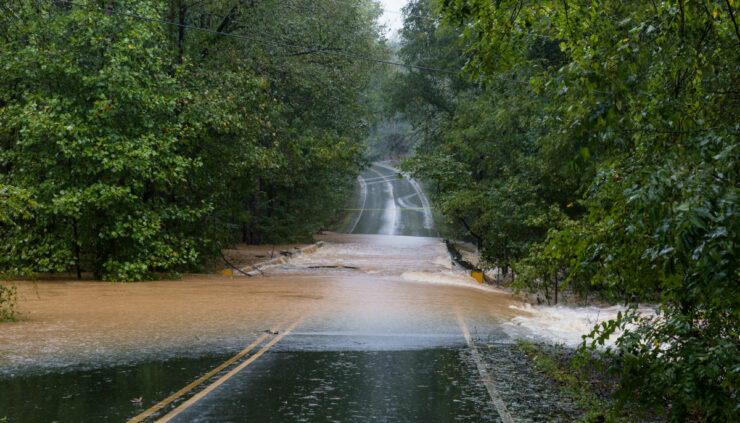 Tropical Storm Beta is moving its way through Texas after dropping more than a foot of rain over the past few days.

Now that the storm is moving away from Texas, it is currently making its way towards Lousiana and other parts of the Gulf.

Houston Still Needs to be Careful

Despite the fact that the storm is lightening up in the Houston area, residents still need to be careful of flooding – no one should be driving around looking for the best body wash cream for dry skin if they don’t need to be out.

In fact, Houston residents were advised to continue staying home through Wednesday morning as they allow the water to recede.

After countless people were left stranded on Monday night due to the rainfall (or were forced to wade to higher ground in order to get a ride), it’s better to be safe than sorry.

In fact, Harris County Judge Lina Hidalgo took to Twitter to advise people to not drive in high water.

“Don’t try and go outside. Nobody drives into high water thinking they are going to lose their car. Yet people do it, so don’t be one of those folks,” she wrote.

All Houston Independent School Districts were closed on Wednesday and non-essential workers were told to come to work two hours later than usual.

This will hopefully be the last day that the Houston area is impacted by Beta, as it looks like things will be OK starting tomorrow, Thursday, September 24.

Flooding Has Begun in Louisiana

Minor flooding has started to affect parts of Louisiana as the storm moves east across the Gulf.

Though Beta has now been downgraded from a tropical storm to a tropical depression, that doesn’t mean it can’t seriously damage property or harm individuals, especially if people aren’t following safety precautions.

Louisiana was heavily impacted by Hurricane Laura just last month, so it’s safe to say it has been a rough go for the state as of late.

As of right now no houses or structures have been damaged, but the storm has caused some flooding on roadways.

Not to mention, people with campers were advised to leave areas that could be affected by rising water.

After moving through Louisiana, Beta is expected to hit Mississippi, Arkansas, southwestern Tennessee, and parts of Alabama.

It’s important for people who live in these vulnerable areas to be aware of the weather and not make any plans that involve driving in a car.