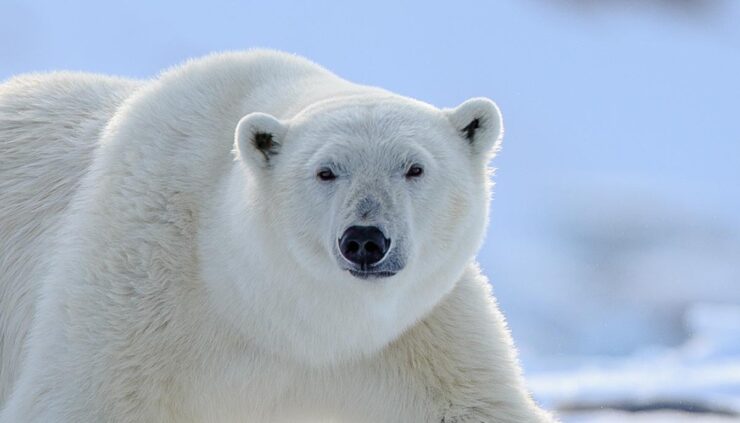 Melting Arctic sea ice due to climate change from greenhouse gas emissions could leave polar bears starving and struggling to survive beyond 2100, even as early as 2040, a new study suggests.

Polar bears could be mostly extinct by 2100

Polar bears are already experiencing the effects of reduced habitat due to melting Arctic ice that has been brought on by global warming, according to the findings of a study published on Monday in the journal Nature Climate Change, CNN reports. The study says species has likely already crossed key thresholds that will make survival difficult.

Further, the study says as early as 2040, polar bears could begin to experience reproductive failure, leading to local extinctions, The Guardian reports.

Scientists are warning that as early as 2040, polar bears in much of Alaska and Russia will start to experience starvation and reproductive failure. By 2080, the species will be in serious trouble, and by 2100, all but a few polar bear populations in the Arctic will most likely be gone.

Polar bears are typically unable to find enough sustenance on land. Instead, they hunt for food on the sea ice, where they seek out breathing holes in the ice made by seals. The bear spends hours waiting for a seal to break the surface, where it can be captured and becomes a meal. But as sea ice continues to decline, so does this vital hunting ground that has sustained polar bears for millennia.

Polar bears do their hunting in the winter and then draw on the energy reserves built-up during this season to survive through the lean summer months on land. Polar bears are able to survive four months by fasting, but without an adequate food supply in the winter months, they are not able to build up the body conditions necessary to survive long enough without food.

During low ice periods, biologists have already observed polar bear populations declining by 25-50% as bears are forced to fast too long.

Currently, scientists estimate that there are less than 26,000 polar bears remaining. They estimate there are roughly 19 different subpopulations that are spread out over the icescapes of Svalbard, Norway, to Hudson Bay in Canada to the Chukchi Sea between Alaska and Siberia.

If you’re concerned about helping to preserve endangered animals, you might want to donate to charities that are focused on helping wild animals survive such as the World Wildlife Fund or Oceana.

In June, the National Snow & Ice Data Center (NSIDC) reported that “the seasonal decline of Arctic ice see extent proceeded at a near-average pace in May.” But with the heat increase in the month of July, all that has changed. The latest report by the NSIDC states:

“Arctic sea ice extent was at a record low over the period of satellite observations for this time of year. The Siberian heatwave this past spring initiated early ice retreat along the Russian coast, leading to very low sea ice extent in the Laptev and Barents Seas. The Northern Sea route appears to be nearly open.”

The report also stated that “on July 15” the “Arctic sea ice extent” was “below the record for July 15, set in 2011.” However, in the East Siberian Sea, ice concentrations are low and the “remaining ice in this area is likely to melt out soon.”