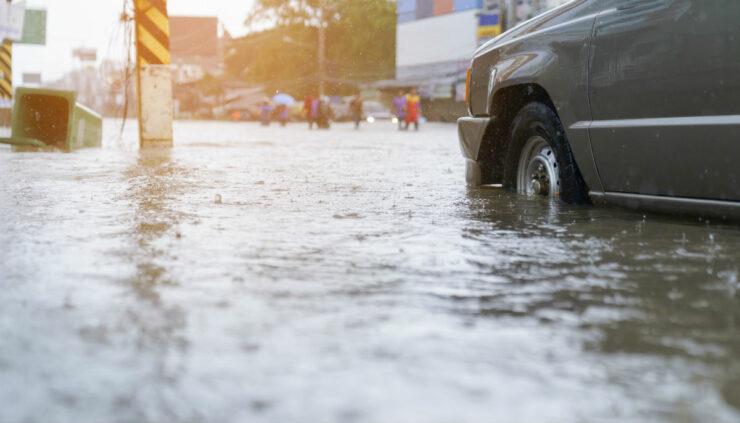 After threatening Texas’s coast for a few days, Tropical Storm Beta made landfall late on Monday, September 21, and is causing major flooding in certain areas of the state.

The storm has currently impacted Houston, though it is expected to continue to move along the Texas Gulf Coast through the week and then into other parts of the country, specifically Louisiana and Mississippi.

Residents in Houston and the surrounding areas have been told to stay home and to avoid driving if at all possible for the next couple of days.

Dozens of streets in Houston were closed on Monday night due to the water rising very quickly. Parts of Interstate 69 and Interstate 45 were shut down, as were State Highways 288 and 290.

In fact, drivers even began to abandon their cars on Insterstate 288 because they were stalling in the rising water.

The heavy rain really started to come down on Monday night around 10 p.m. and caused serious issues for people who were out and about in Houston. Cellphone reception hasn’t been affected as of now, but interruptions are possible as power is lost throughout the city and surrounding areas.

The area has already received over a foot of rain in less than 24 hours and is expected to get even more through Tuesday, September 22.

In fact, employees for different businesses in the areas affected by the rain were actually forced to wade to an elevated freeway to call for a ride home, according to KTRK.

People who were out to dinner were also left stranded and had to find alternative ways to get home, as most of their cars were submerged in water.

School districts in southeast Texas have been closed, so students in the area will either continue with online learning or will have classes canceled altogether.

The tropical storm will continue to impact Houston and its surrounding areas as it moves along the Gulf Coast through Wednesday, September 23.

It is then expected to make its way over to Louisiana and Mississippi on Wednesday and will probably stick around until Friday, September 25.

These areas should be prepared to receive more than a foot of rain, so if you or someone you know is in the area, get prepared.

Make sure to take in outdoor furniture, bring in cars from off the street if possible, and don’t go outside for anything unless absolutely necessary.