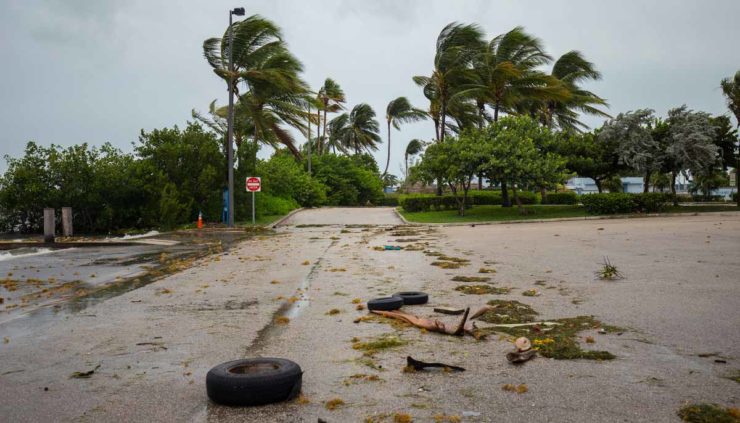 As activity in the 2020 Atlantic hurricane season is surpassing predictions for a hyperactive season, researchers have increased their estimates to declare an “extremely active” season of named storms and major hurricanes.

Earlier this year, the research team of hurricane experts at Colorado State University (CSU) who, along with the National Hurricane Center, issue the industry standard of seasonal forecasts, increased earlier forecasts to what could now be a record-setting hurricane season in 2020.

The first estimate that CSU researchers gave prior to the start of the season was 16 named storms. In July, they revised their estimate to 20 named storms. Now, they’ve increased the number again.

On Wednesday, Colorado State University forecasters revised their estimations for the second time this year. They now predict there will be 24 named storms, including 12 hurricanes and five major hurricanes of Category 3 or higher. Each of these figures is almost double the amount of a normal hurricane season.

The frightening news is that, if the predictions of the CSU experts are right, 2020 could become the second-most active Atlantic hurricane season on record. The record-holding hurricane season was set in 2005 which brought both Hurricanes Katrina and Wilma.

Could have shortage of storm names

Each season, 21 names are allotted for the year. This is because the letters Q, U, X, Y and Z are not used. If, as predictions suggest, 2020 sees 24 named tropical storms, the National Hurricane Center will have to employ the Greek alphabet for overflow, CBS News reports.

This situation has happened only one time, when the 2005 Atlantic hurricane season experienced 28 named storms.

Odds of US getting struck by a major hurricane

The researchers at Colorado State University are forecasting a 75% chance that the US coast will be struck by a major hurricane of Category 3 or higher during the 2020 hurricane season. Experts say 85% of all damage from hurricanes is caused by Category 3 or greater storms.

If you live in an area that can be affected by hurricanes you should start getting prepared now by having an emergency plan and getting the supplies you need.

The best source of information with everything you need to know about getting prepared for hurricane can be found at the National Hurricane Center preparedness page.