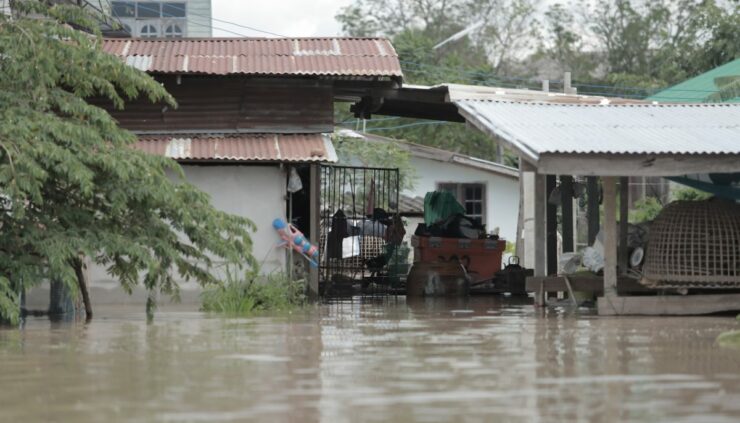 It’s here, folks: Tropical Storm Beta is moving closer to the Gulf Coast, and with it comes rain, winds, and serious flooding. What can we expect from this slow-moving heavy hitter?

This is only the second hurricane season in recorded history that has “used” all of the storm names. From now until the end of the year, all storms formed will be given names from the Greek alphabet – hence, Tropical Storm Beta. The 2005 hurricane season was the first.

The 2005 hurricane season was the most active Atlantic hurricane season in recorded history, but 2020 is giving it a run for its money. 31 tropical or subtropical cyclones were recorded that year, including major storms like Katrina, Rita, Dennis, and Wilma.

Experts have already warned that while Beta won’t make landfall as a full hurricane, it will pack a punch. Areas of Texas and Lousiana are still struggling from Hurricane Sally, and are expected to see serious storm surges in the coming day.

Flood and surge warnings are in effect for coastal areas of the Gulf until the middle of tomorrow, September 22nd, though flooding is expected to continue inland throughout the week as the storm weakens.

A big issue with Beta is the slow-moving nature. Chugging along at just 5 mph, it’s dumping a lot of rain in one place simply because it won’t keep moving forward. Parts of Texas and Lousiana are projected to get anywhere from 5-10 inches of rain, with some sections of the coast getting as much as 15 inches.

Flash flood watches have been issued from the middle Texas coastline all the way to southern Lousiana, but it won’t be as bad as Harvey was in 2017. Still, officials warn that not taking this tropical storm seriously could have dire consequences.

Beta isn’t just going to bring rain – it will also bring lots of heavy winds to areas that are struggling to recover from their first storms.

While a tropical storm won’t bring as intense winds as, say, a Category 4 hurricane, you can still expect to see trees downed and power out. For those still struggling to access pain relief medicine or prescription pills, another round of power outages could be a major concern.

While unlikely, experts have warned that this could generate tornadoes Monday and Tuesday along the upper Texas coast and in southwest Lousiana. Residents are recommended to pay close attention to any weather warnings and keep a battery-operated radio on hand in case of major power outages.