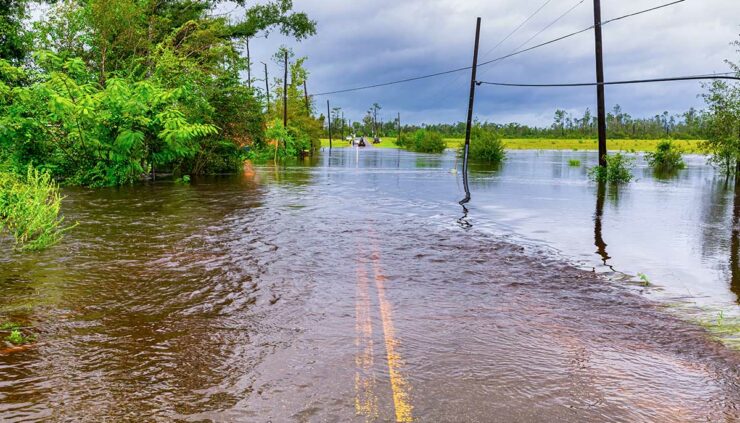 At least three deaths have been blamed on Hurricane Sally, which made landfall near Gulf Shores, Alabama on Wednesday and then moved inland.

As rescues continue, hundreds of thousands of people are still left without power in Florida and Alabama.

Hurricane Sally Made Landfall as a Category 2

Sally lingered offshore at different strengths before making landfall Wednesday as a Category 2 hurricane. The storm flooded homes and businesses, blew roofs off buildings, knocked over trees and power lines, and even sucked the water out of Mobile Bay.

So far, there have been three deaths connected to Sally. One person on Dauphin Island, Alabama died during the hurricane. Two other deaths occurred all the way in Georgia, when two individuals in the Atlanta area were killed by falling trees.

As of Thursday, officials in parts of Alabama and Florida were asking residents to shelter in place, and avoid calling 911 unless it was a life-threatening emergency. First responders and utility crews are working through floodwaters and rubble left behind by the storm.

Time lapse sequence from our cam on the Perdido River along Annex Road – just inside the FL line from AL. #HurricaneSally @NWSMobile @spann @googlenest pic.twitter.com/qHtdpssyR4

Extensive Damage and Nearly 200,000 Without Electricity in Alabama

In Alabama, more than 190,000 power outages are being reported.

The National Guard is going through neighborhoods, picking up anyone stranded that couldn’t get out on their own.

In a social media update from Thursday, Guerry stated, “Right now our focus efforts are still on response.”

Gulf Shores and Orange Beach are now closed to visitors for at least another week. The area’s tourism agency urges tourists to contact their accommodations for cancellation or rescheduling policies.

Hundreds of Thousands More Left Without Power in Florida

In Florida, more than 135,000 homes and businesses were still without electricity.

The state sent 500 National Guard personnel to join rescue efforts by first responders and the U.S. Coast Guard. They have continued picking up people stranded by flood waters. A nursing home in Santa Rosa County was also evacuated.

Most roadways and bridges have been reopened, but the Pensacola Bay Bridge could be shut down for a month or more. Also known as the Three Mile Bridge, it was damaged when a construction crane fell on it during the storm. A chunk of the roadway was knocked out.