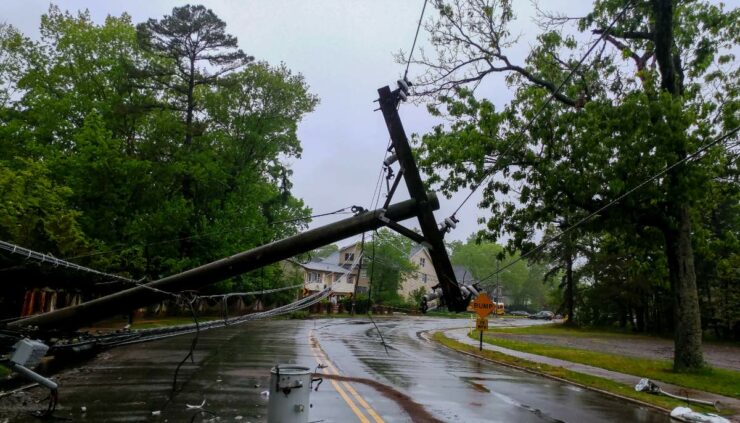 Sally has moved on, but a pair of storms are hot on her heels, as Tropical Depression 22 is expected to form into Tropical Storm Wilfred in the Gulf today, while Hurricane Teddy strength into a Category 4.

Tropical Storm Sally has weakened to a post-tropical cyclone and has moved eastward off the coast of North Carolina and back into the Atlantic.

The National Hurricane Center (NHC) is predicting that tropical depression 22 will strengthen into tropical storm Wilfred on Friday in the southwestern area of the Gulf of Mexico and continue to develop, potentially into a hurricane over the weekend, AL.com reports.

The current forecast track puts the storm strengthening to a hurricane by Sunday, then somewhere near the southeastern coast of Texas coast by next Tuesday, having weekend back into a tropical storm.

Wilfred is the final name on the 2020 storm list for the Atlantic hurricane season. If additional storms reach “named” status, the names will be derived from the Greek alphabet. The only previous time this happened in history was in 2005, which saw a record-setting number of named storms.

Hurricane Teddy strengthened in the Atlantic on Friday into a major Category 4 storm with sustained winds reaching 130 mph, WESH reported.

As of 5 AM ET on Friday, Teddy was roughly 935 miles southeast of Bermuda, moving northwest at 12 mph, WFLA reported.

Over the weekend, Teddy is expected to approach Bermuda, making its closest approach to the island either on Sunday or Monday.

The storm is already creating large swells that are expected to increase the threat of rip currents across the Western Atlantic, WFLA reported. Forecasters said that over the weekend, the swells are expected to extend westward to the Greater Antilles, the Bahamas, Bermuda, and the east coast of the United States.

While it is still too early to determine the exact path of Teddy, one forecast model shows the storm making a direct hit on Halifax, Canada by next Wednesday, according to a forecast by the Canadian Hurricane Center, Halifax Today reported.

We are currently in the peak of hurricane season, one that could break records for activity. It’s too soon to let down your guard. Don’t expect that all hurricanes are going to strike the southern latitudes of the US.

Hurricane Teddy is on a track that could take it toward northern latitudes. If you live in an area that can be affected by hurricanes you should start getting prepared now by having an emergency plan and getting the supplies you need.

The best source of information with everything you need to know about getting prepared for a hurricane can be found at the National Hurricane Center preparedness page.