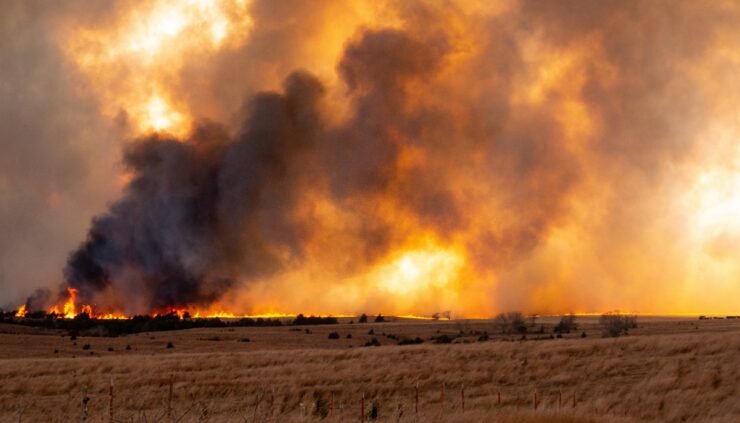 Wildfire Smoke and Your Respiratory Health: What You Must Know

The Western US is experiencing suffocating smoke and the most hazardous air on planet Earth as the moment, and even people who don’t live in states where wildfires are burning are being affected by dangerous smoke.

Western US has most hazardous air on Earth right now

Over 100 large fires are still burning across the United States, with 97 of those in 9 western states, but wind is taking the smoke across the country.

The entire states of Oregon and Washington are under air-quality alerts, as well as much of California. The western half of Washington and Oregon have the worst air quality on the entire planet at the moment due to wildfire smoke, KOIN reports. The hazardous air quality is expected to continue to blanket the West Coast until at least Monday.

The smoke is expected to follow a new wind pattern that has developed in a northeasterly direction that is spreading out across the entire Pacific Northwest and past Montana. The smoke has even reached as far east as Cincinnati, Ohio, and is affecting skies there.

According to AirNow.gov: “Smoke is a complex mixture of carbon dioxide, water vapor, carbon monoxide, particles, hydrocarbons and other organic chemicals, nitrogen oxides, and trace minerals. Fine particles are the principal pollutant of concern from wildfire smoke for short-term exposures (hours to weeks).”

The air quality across the west is especially dangerous for people who have respiratory-related issues such as lung diseases, asthma, as well as smokers, older adults, people with heart disease, older adults with undiagnosed heart or lung disease, and children and adults who are active outdoors. If you’re a smoker, it’s a good time to look into how to stop smoking.

Particle pollution, such as the type of pollution that happens during wildfires, is composed of microscopic solids or liquid droplets that are so small that they can get deep into the lungs and cause serious health problems, according to AirNow.gov.

Poor air quality can irritate your respiratory system, causing coughing, irritation of your throat, or a burning sensation in your airways. Hazardous air quality can reduce lung function, causing feelings of chest tightness, wheezing, or shortness of breath

All this is one more reason it’s best to stay indoors if you live in an area affected by wildfire smoke. Exposure to particles or hazardous air can increase your risk of a hospital or emergency room visit, or even, in some cases, lead to death from heart or lung disease.

Even if you’re healthy, the temporary symptoms from exposure to hazardous air quality could lead to a number of symptoms including: irritation of the eyes, nose, and throat; coughing; phlegm; chest tightness; and shortness of breath. 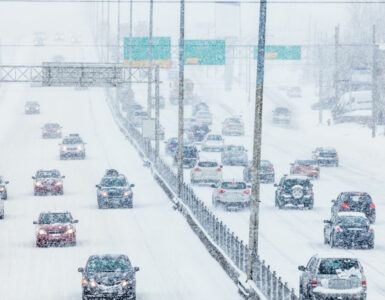 Watch the Road! Tips For Driving During Bad Weather

Driving in winter weather is the absolute worst. It doesn’t matter if it’s hail, slush, heavy rain, or a full-on snowstorm, it can be very scary to get into a car when the weather is bad. However, driving in bad weather...