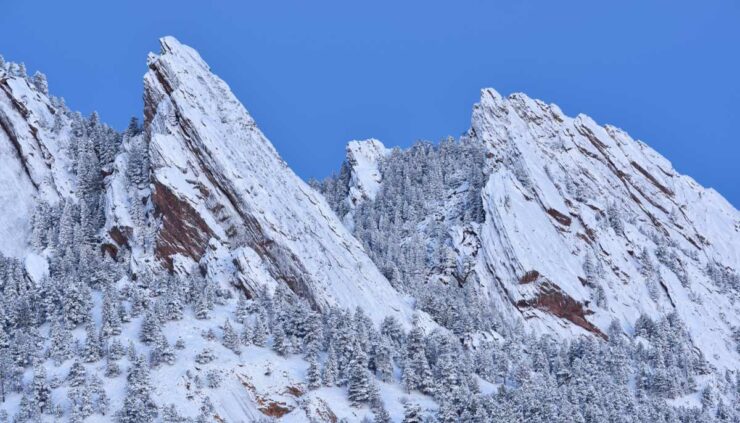 From Summer to Winter in a Snap: Dramatic Weather Strikes Rocky Mountain States

While sweltering, summer heat continues to fuel the wildfires blazing on the West Coast, cities like Denver, Colorado are experiencing something else strange.

It’s almost as if portions of the Rockies and High Plains are experiencing all four seasons across just a few days.

Just Monday, the region around Denver was sweltering in summer heat. By Tuesday morning, temperatures had plunged more than 50 degrees Fahrenheit. Some even saw snow on the ground.

Snow in September? It’s true. As warnings advertising high fire danger as wildfires continue to blaze across the West, winter weather advisories and winter storm warnings were issued in the Rockies.

“We switched from summer to winter in one day,” said David Barjenbruch, a senior forecaster at the National Weather Service in Boulder, Colorado.

At the beginning of the week, Denver dropped from a high of 93 degrees to just 32 degrees, making it a 61-degree 2-day temperature swing.

The streak started when the city officially reached 101 degrees Fahrenheit on September 5. It was hot enough to break the record high for that day, but it was also the hottest temperature ever recorded in the month of September.

As temperatures remained high, Denver also saw 93 degrees on Labor Day, which tied for the 7th hottest Labor Day regardless of a specific date.

The hot streak also set a record for the most days in a calendar year at or above 90 degrees — 73 days in a row.

However, Tuesday brought some serious chills.

By Wednesday morning, some people along the Front Range saw temperatures dip into the 20s. Denver again tied a record, matching a 122 year old record from 1998 with 35 degrees.

Other Cities Experiencing a Cold Snap

Of course, it wasn’t just the Mile High City that saw a roller coaster of weather this week.

Residents of Cheyenne, Wyoming, were surely surprised when they saw temperatures go from 86 degrees at noon, to a snowy 37 degrees by 10:30 pm.

Up in South Dakota, Rapid City saw its earliest measurable snowfall on record. The city also set record low temperatures, as the daily low dipped to a cool 31 degrees.