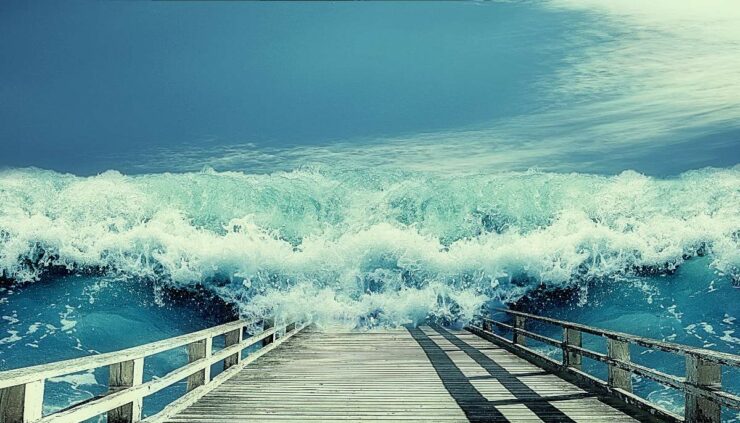 Hurricane Zeta Barreling Toward US With Life-Threatening Flood Risk

Zeta has re-strengthened into a Category 1 hurricane as it barrels towards the US, expected to make landfall on Wednesday afternoon, as flash flood warnings are in effect from Oklahoma, east to Virginia, south to the Gulf.

Hurricane Zeta is expected to make landfall as a Category 1 storm somewhere along the Gulf Coast on Wednesday afternoon.

As of early Wednesday morning, Zeta had strengthened to a Category 1 hurricane with sustained winds of 75 mph and was traveling at a speed of 15 mph. The storm was located about 365 miles south-southwest of the mouth of the Mississippi River, according to the National Hurricane Center (NHC).

One of the biggest dangers in advance of the storm’s arrival is heavy wind, rain, and life-threatening storm surges that were forecast to reach between 5 to 8 feet above normal tide levels along the Gulf of Mexico by midday Wednesday, CNN forecasted.

Heavy rains and flooding risk from Midwest to the South

The outer bands of hurricane Zeta combined with existing storm systems in the Midwest will create the risk of heavy rain and flooding spanning from Oklahoma in the central US, all the way east to Virginia, and extending south across the southern US to the Gulf Coast.

Hurricane Zeta will bring heavy rains with the potential of flash flooding across a vast area of the South on Wednesday.

Hurricane and tropical storm warnings have been issued by the National Weather Service (NWS) along the Gulf Coast of Louisiana, Mississippi, Alabama, and Florida.

The potential good news is… the storm is expected to accelerate, which could help the storm move quickly and reduce the risk of widespread catastrophic flooding that could occur if the storm slows down or stalls and lingers.

Whether you live along the coast or even several states inland, Hurricane Zeta will bring a flooding risk across the Midwest, Ohio Valley, and South today and over the next few days, so it’s important that you start preparing right now with preparing your emergency plan for you and your family.

Make sure to prepare an emergency kit that has at least a 3 day supply of food and water for each person, including pets, as well as a flashlight, a fully charged cell phone for each person, and backup battery chargers for your cellphones, and more.

The best source of information you can research online can be found at the NHC/NOAA preparedness website.

You can visit the hurricane preparedness page of the National Hurricane Center and get information on everything you need to know to be ready.