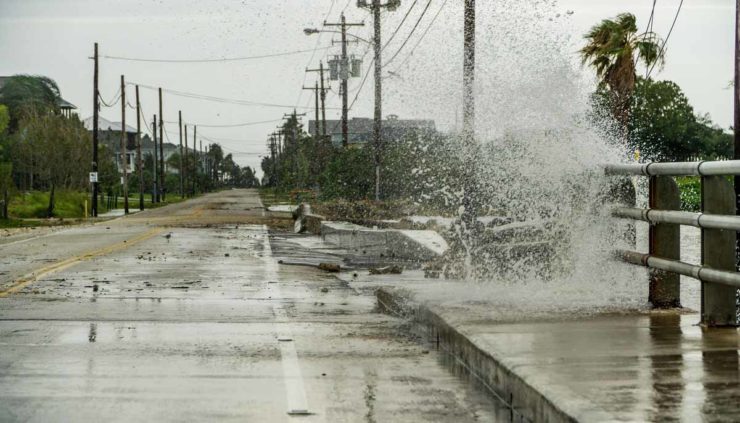 Brace yourselves, Gulf Coast! Tropical Storm Delta has formed in the Caribbean and it looks like it could become a hurricane threat to the U.S. Gulf Coast later this week.

It looks like Delta will hit Cuba first before making its way to the Gulf Coast, as areas along the Louisana coast and the western Florida Panhandle should prepare for a storm.

Read on to learn more about the storm and the areas it’s more than likely to hit through this week.

Tropical Storm Delta is currently near Jamaica and it’s making its way west-northwest at around 10 mph, according to Weather.com.

The storm is expected to intensify as it makes its way towards Cuba by Tuesday, October 6.

Tropical Storm #Delta has formed over the northwestern Caribbean Sea. Additional strengthening is likely and the system is expected to be at or near hurricane strength when it pass near or over western Cuba late Tuesday or early Wednesday. Latest at https://t.co/tW4KeGdBFb pic.twitter.com/qBJJdAh6Ze

“Additional strengthening is likely and the system is expected to be at or near hurricane strength when it pass near or over western Cuba late Tuesday or early Wednesday.”

Could Meet Another Storm Along the Way

It is possible that Delta will actually meet up with Tropical Storm Gamma on Tuesday while it heads towards the Gulf of Mexico.

This could affect the storm’s strength and intensity, should it happen.

Watch Out, Louisiana and Florida

It’s unclear exactly where Delta will hit once it makes landfall in the United States, but forecasters believe it will be somewhere between Louisiana and the Florida Panhandle.

The storm is also expected to be a Category 1 or Category 2 hurricane, but the intensity of the storm is still up in the air (literally).

“While the storm might even make it to Category 3 strength, it should run out of fuel by the time landfall happens which will likely be as a 95 mph Category 1 or a 100 mph Category 2,” CBS News weather producer David Parkinson said.

Residents in these areas should prepare their homes and also stay up-to-date on the weather over the next couple of days.
Make sure to have a plan in place, should you need to evacuate.

But, before reaching the United States, Delta will be sending heavy rain and strong winds to Jamaica, Cuba, and the Cayman Islands early this week.

In fact, the water levels could rise to as much as five feet above normal tide levels.

A tropical storm warning has been issued for the Cayman Islands and a hurricane watch is in effect for Cuba.