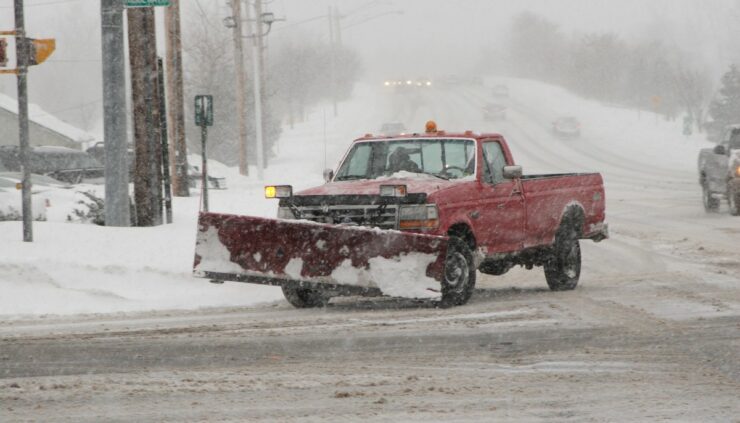 It’s barely passed mid-October, not even a month into autumn, with a ways to go still before winter, but the National Weather Service issued a snow squall warning today – What is a snow squall?

The National Weather Service in Des Moines issued a snow squall warning for parts of Paul, Jasper, and Dallas counties as the area was slammed with 10 inches of snow, snarling traffic and resulting in several crashes, including one on Interstate 35.

Let’s review what a snow squall is and what you need to know for driving and keeping yourself safe during this winter-related weather danger.

The short definition of a snow squall is an intense, short burst of heavy snowfall that can cause sudden whiteouts and gusty winds.

The National Weather Service (NWS) gives an expanded definition: “A snow squall is an intense short-lived burst of heavy snowfall that leads to a quick reduction in visibilities and is often accompanied by gusty winds. They may be characterized by one main squall or multiple squalls.”

When do snow squalls occur?

Although they can occur at any time of the day, they typically occur most frequently in the daytime hours.

The biggest problem with snow squalls is that they can occur quickly, creating whiteout conditions and bringing visibility to near zero. This is a very dangerous condition when driving, especially at a high rate of speed.

The result is often high-speed wrecks, chain-reaction pileups, and sometimes, unfortunately, injuries and fatalities. Snow squalls also cause problems as roadways can be shut down for hours until the storm passes and/or roadways are cleared to resume travel.

Keeping safe during a snow squall

Any time it’s already snowing or if you know snowfall is likely, you need to keep yourself informed about the latest weather forecasts and travel conditions. If you can avoid or delay your travel until the snowstorm or snow squall passes, do so.

When driving in winter weather, always remain alert. Accident lawyers will tell you, for your own safety and liability issues, don’t allow yourself to become distracted by electronics and phones.

Turn on your headlights to help ensure you will be visible to other drivers. The biggest danger during a snow squall is visibility. It only takes seconds for visibility to change to near zero.

Reduce your speed to give yourself more time to spot potential danger and react.

If you need to slow down or stop, don’t slam on the brakes. Slick roads could cause you to lose control of your vehicle, as well as increase your risk of being involved in or starting a chain reaction crash.