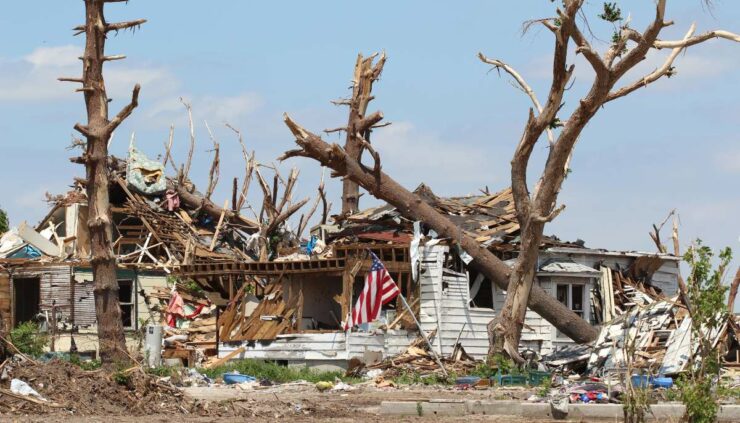 Eta has strengthened to a Category 1 hurricane and has turned toward Tampa Bay, prompting hurricane, tropical storm, and tornado warnings as the storm barrels toward Florida with 75 mph winds and higher gusts.

Major flood risk for the Eastern US:

Florida isn’t the only state at risk of flooding today, as the outer bands of Hurricane Eta will also combine with an existing storm system. A flood risk exists from the Southeast into the Northeast.

Eta has strengthened to a category 1 hurricane with sustained winds of 75 mph and higher gusts. The storm has changed direction, making an unexpected turn toward Tampa Bay, Tampa Bay Times reported.

At 7:35 a.m., Eta was moving toward the north-northeast at 15 mph and was located about 130 miles west-southwest of Fort Myers and about 170 miles south-southwest of Tampa, the National Hurricane Center said.

A tornado watch has been issued, effective on Wednesday through 5 PM. A hurricane watch is also in effect, stretching 120 miles along the Gulf Coast. The greatest impacts are expected along the coastline north of the Interstate 4 corridor by Thursday night.

An updated forecast model projects Hurricane Eta making landfall as a tropical storm at 1 AM or later on early Thursday morning with maximum sustained winds of 70 mph.

The storm is projected to move across northern Florida Thursday through Friday with winds of 50 mph or lower, then moving out into the Atlantic sometime after 1 AM on Thursday, with winds decreased to 35 mph, WFLA News Channel 8 Tampa reports.

Hurricane Eta will bring a flooding risk, not only to Florida today, but the outer bands will extend into bordering states over the next few days.

Make sure to prepare an emergency kit that has at least a 3 day supply of food and water for each person, including pets, as well as a flashlight, a fully charged cell phone for each person, and backup battery chargers for your cellphones, and more.