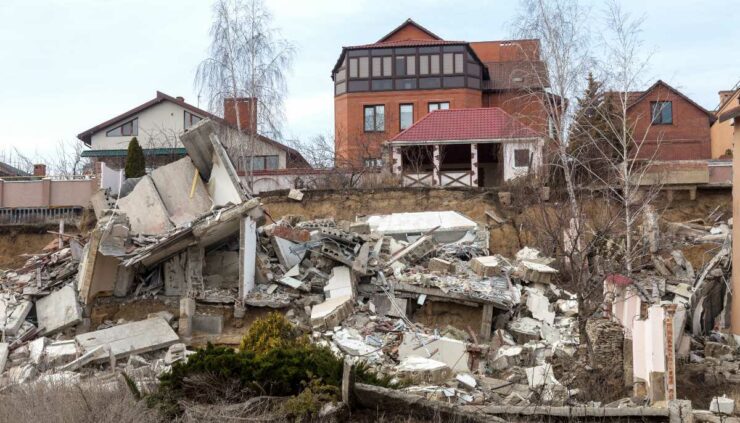 A humanitarian crisis is looming as Hurricane Iota makes landfall as a Category 4 in Central America, striking only 12 nautical miles south of where Hurricane Eta struck 2 weeks ago, threatening floods and 30 inches of rain.

As of early Monday, after Iota made landfall and moved inland, the storm weakened to a Category 1 hurricane, with maximum sustained winds of 85 mph, moving westward at 9 mph, located roughly 15 miles west-northwest of El Pia, 7KPLC reported. The storm was projected to cross southern Honduras late on Tuesday.

As Central America is still recovering from the devastating effects of Hurricane Eta only two weeks ago, Hurricane Iota has struck as a Category 4 and is forecast to bring flooding and 30 inches of rain. The threat of a major humanitarian crisis is imminent.

“This is a catastrophic situation unfolding for northeastern Nicaragua with an extreme storm surge of 15-20 ft forecast along with destructive winds and potentially 30 inches of rainfall,” the National Hurricane Center (NHC) wrote.

In Houston, organizations and residents are already rallying for donations, asking people to donate to charities, Click2Houston reports. One family that owns a shipping company has already filled a 40-foot cargo container with supplies, as other organizations are doing the same.

These organizations are challenging others across America to match their efforts.

Over 130 people died during Hurricane Eta in parts of Central America and Mexico, which made landfall on November 3 as a category 4.

Structures from that storm have already been weakened, and the torrential rains saturated soil in the region, which will leave it prone to deadly landslides and flooding, forecasters are warning, 7KPLC reports.

When Hurricane Iota intensified to a Category 5 hurricane, the storm had maximum sustained winds of 160 miles per hour. In the past five years, there has been at least one Category 5 hurricane per season in the Atlantic, the Weather Channel reports.

Iota house also set a record for occurring at the latest point in the season, November 16. The prior record for the latest category 5 hurricane in a season occurred on November 8 in 1932.