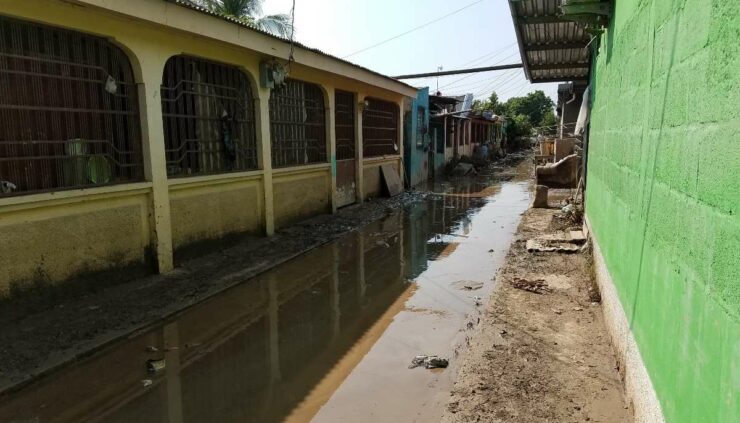 Hurricane Iota formed on Sunday quickly accelerating in intensity to a dangerous Category 4 and is now barreling toward areas recently hard-hit by Hurricane Eta in Central America, as evacuations are in progress.

Iota became a hurricane on Sunday, rapidly strengthening into a Category 4 by Monday morning, and is expected to make landfall on Monday night in Central America.

Winds and rain were already battering the Nicaraguan coast as of Sunday night.

As of 4:42 AM ET, Iota had maximum sustained winds of 140 mph and was moving west at roughly 10 mph, and was located approximately 45 miles off the coast of Isla de Providencia, Colombia, CNN reported.

On Monday, evacuations of low-lying areas in Nicaragua and Honduras were underway, CBS reported.

According to the US national hurricane center (NHC) in Miami, Hurricane Iota is expected to make landfall Monday night somewhere near the shared border of Nicaragua and Honduras.

Forecasters are concerned that the heavy rain could bring landslides and flooding throughout Central America.

According to an advisory by the National Hurricane Center, Honduras, northern Nicaragua, Guatemala, southern Belize is expected to receive 8-16 inches and isolated accumulations of 20-30 inches possible in northeast Nicaragua and northern Honduras, while Costa Rica and Panama could receive 4-8 inches, and up to 12 inches in some areas.

A life-threatening storm surge of 10-15 feet, as well as rainfall of 1-2 feet from Hurricane Iota, was forecast by the National Hurricane Center.

Forecasters fear that Hurricane Iota could cause a steep death toll, as structures are already weakened from Eta and the ground remains saturated.

It has been barely over a week since Central America was struck by a similarly powerful Hurricane Eta in the area. The coast is still recovering, and an estimated 3.6 million people were said to be affected by the storm.

The public is being asked to donate to charities such as the Red Cross as a humanitarian crisis could be looming in the aftermath of Hurricane Iota.

The current projected path of Hurricane Iota shows the storm making landfall as a category 4 near Puerto Cabezas, Nicaragua at or before 11 PM ET.

The storm will cross over into Honduras late Tuesday morning or early afternoon trekking toward El Salvador by late Wednesday night, and then moving back out to sea in the Pacific.

The 2020 Atlantic hurricane season is now the most active on record. There have now been 30 named storms, 13 of which have been hurricanes and 6 of those major hurricanes.