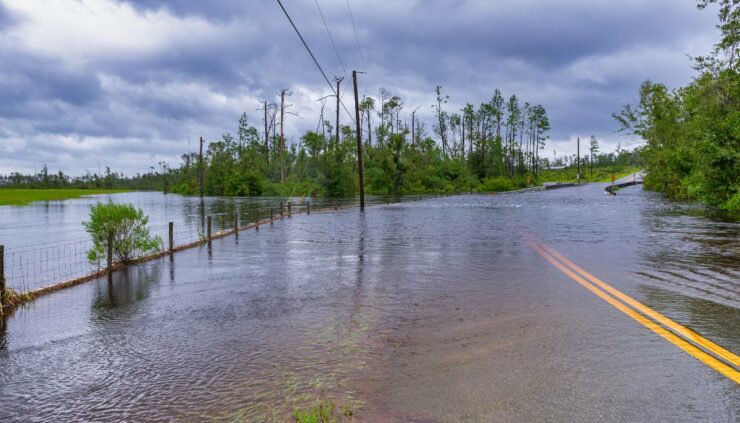 Hurricane Warning in Florida as Eta to Make Second Landfall

After making landfall in Florida on Sunday, Tropical Storm Eta has zigzagged, prompting hurricane warnings as the storm is poised to make a second landfall over the state, bringing more torrential winds and flooding.

Eta to make second Florida landfall, possibly as a hurricane

The National Weather Service (NWS) has issued a hurricane warning for the west coast of Florida, including the Panhandle and the Straits of Florida.

The National Hurricane Center (NHC) is warning of the possibility of Tropical Storm Eta making a second landfall, as the weather system has made a zigzag pattern, is strengthening, and could make a second landfall in Florida as a hurricane. As the storm moves farther west into the Gulf of Mexico, it is expected to intensify, becoming a hurricane.

As of 7 AM EST, the NHC reported Tropical Storm Eta had maximum sustained winds of 65 mph and was moving west at 13 mph. The eye of the storm was located roughly 80 miles west-northwest of Key West and approximately 100 miles southwest of Naples, the Orlando Sentinel reported.

Eta remained a tropical storm as of 7 AM ET, on Monday. A Category 1 hurricane is defined by winds ranging from 74 to 95 mph.

County water officials in Miami-Dade struggled to drain floodwaters, which were knee-deep at some intersections. Etta has stumped at least 12 inches of rain since the weekend. Strong winds were whipping up storm surges on Monday morning.

The outer bands of the storm are bringing some of the worst weather. Since Sunday, as Eta gains strength, the storm’s wind field has nearly doubled, extending its tropical-storm-force winds up to 310 miles from its center. The NHC said there is a strong risk of tornadoes across parts of South Florida for Monday.

Cellphones are your lifeline – have a battery backup

In an emergency, your cell phone is your lifeline. Power outages are one of the most probable effects of a major storm making landfall. Your safety depends on having a cell phone. But without electricity, there is no way to charge her phone.

Prepare in advance to have a portable backup battery charger for your family’s cellphones. You can find them at local retailers such as Walmart, Target, Best Buy, and sometimes even at your local drugstores like Walgreens or CVS.

Make sure to prepare an emergency kit that has at least a 3 day supply of food and water for each person, including pets, as well as a flashlight, a fully charged cellphones for your family as power outages are likely.