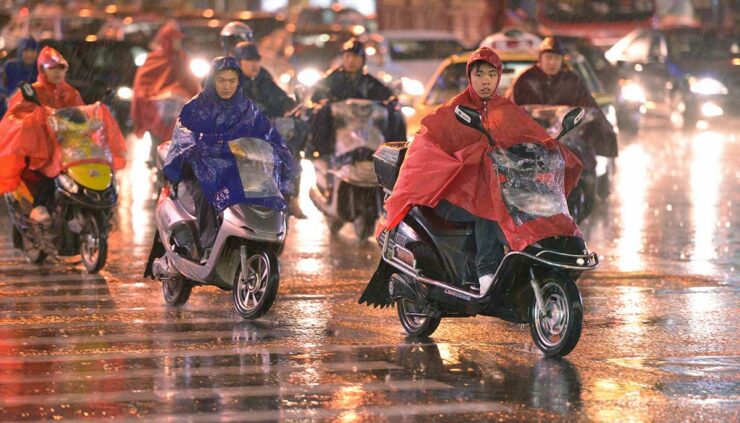 China has revealed plans to expand their experimental weather modification program over the next five years.

The drastic expansion will allow for artificial rainfall covering an area of over 2.1 million square miles — an area greater than the size of India.

According to a statement from China’s State Council, the country will have a “developed weather modification system” by 2025, thanks to breakthroughs in research and new technologies.

“China will have a developed weather modification system by 2025, with breakthroughs in fundamental research [and development] in key technologies, steady improvements in modernization and refined services, distinct enhancement in comprehensive prevention against safety risks,” the statement said.

Over the next five years, the total area covered by artificial precipitation will reach over 2.1 million square miles, while more than 224,000 square miles will be covered by hail suppression technologies. The program will help with disaster relief, agricultural production, emergency responses to forest and grassland fires, preserving ecologically protected areas, and dealing with high temperatures and droughts.

China has long experimented with weather modification, both to protect farming areas and to ensure clear skies for key events. Vital political meetings held in the capital are notorious for enjoying beautifully clear skies, thanks in part to weather modification — though they also shut down nearby factories.

China also experimented with cloud seeding to ensure the 2008 Beijing Olympics’ opening ceremony went as smoothly as possible. They used the process to reduce smog and avoid rain ahead of the competition.

Essentially, they add silver iodide into clouds with a lot of moisture. It attracts water droplets in the cloud, making them grow faster. they become heavy and fall as precipitation, leaving the sky clear.

Cloud seeding as a concept has been around for decades, with many countries around the globe experimenting with weather modification — including the United States. However, the largest cloud seeding system is in China, with the country investing heavily in the technology.

China spent over $1.34 billion on various weather modification programs between 2012 and 2017.

China’s enthusiasm for the technology has created some alarm from neighboring nations, especially in India. The primary focus of Beijing’s weather modification appears to be domestic in nature, but experts warn there is potential for impact outside of the country’s borders.

In a paper last year, National Taiwan University researchers said that the “lack of proper coordination of weather modification activity [could] lead to charges of ‘rain stealing’ between neighboring regions,” both within China and between nations.

There is also speculation that weather modification could potentially give China the edge in some conflicts.

India and China recently faced off along their hotly disputed border in the Himalayas again in June. Some in India believe that China could use weather modification to their advantage — given the importance of weather conditions to troop movements in the inhospitable mountain region.